It’s hard to write about this Full Moon mostly due to its fast nature that is being radiated by the exceeding lunar fullness invigorated by its opposition to the spectacular passage of Mercury across the Sun’s disk, an event that lasted just under 6 hours and charged the Moon with its speed and dynamic energy.

Mercury that remains retrograde until November 21 makes an attempt at aligning with Mars–Uranus opposition but it won’t succeed due to its course reversing back from retrograde to direct. Yet the period between November 21 and 24 resolves itself through an amplified tension between Mars and Uranus, both planets of fiery domain, the former is of direct and cutting nature while the latter is the source of unexpected outbursts that herald reforms and innovation into collective human consciousness.

Following Mercury’s lead, the Moon also joins Mars–Uranus opposition on the Mars side of balance thus potentially signalling an impatient attitude and desire for excitement which needs to be understood as a reflection of a deeper need for changes and progressing along the desired path of career and personal development. Mercury and the Moon are the swiftest of all celestial bodies and this fact goes together well with directness of Mars and novelty of Uranus. So start preparing for that special time window of November 24 beginning from the Full Moon.

November 24 is the day that packs not one, but two exact aspects! The first is a Mars–Uranus opposition, the second one is a magnificent Venus–Jupiter conjunction. Both aspects becoming exact within hours of each other, a truly astonishing cosmic synchronicity that equally brings forward challenge and a blessing that may help those who seek and dare. I am going to discuss some of many wonders of Jupiter meeting Venus down the page.

Full Moon and Crystals — Time to Cleanse and Recharge 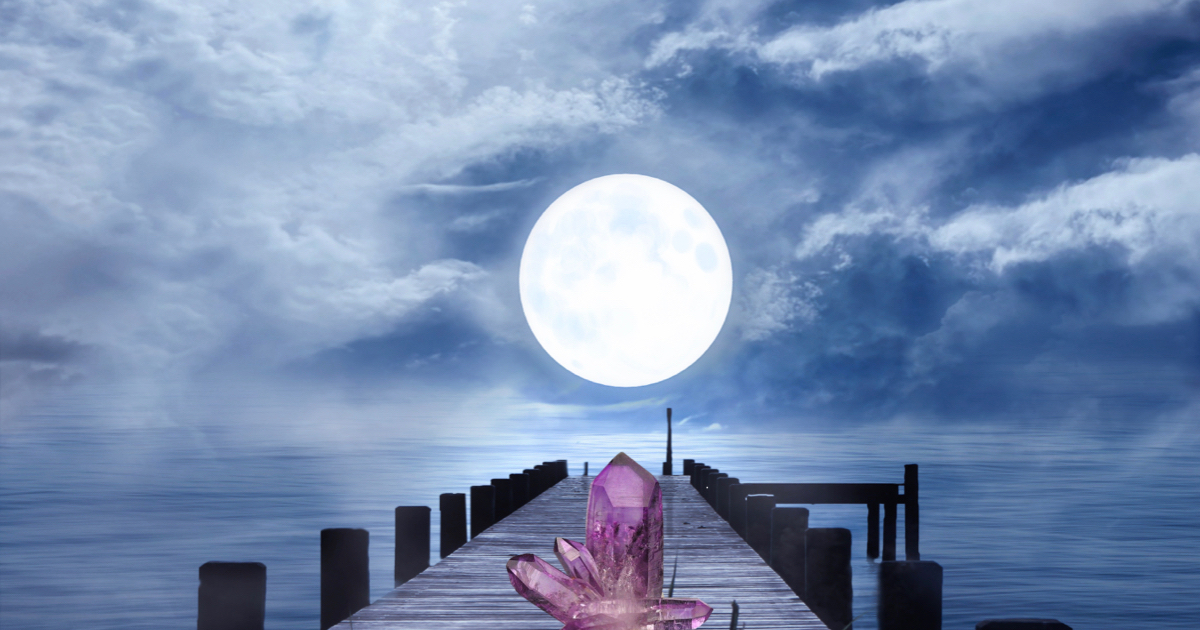 Why have people always been captivated by the moonlight?

Moonlight is not just mystical and romantic, it is also a carrier of incredible cleansing powers for all things living and beyond… crystals too “love” being bathed in the revitalising energy of the moonlight.

Full Moon is the time when cleansing and recharging principles of the moonlight are being amplified to their highest potential.

Every Full Moon offers you a perfect opportunity to purify vibrations and recharge the “batteries” of your minerals whatever they could be — your gemstone jewellery or a crystal specimen collection. Continue reading…

Explore a selection of articles about the Moon and its relationship to gemstones and silver.

Jupiter and Venus, the celestial attractors

The word “magnificence” can be equally applied to both Venus and Jupiter. As a pair of “diamonds” in the sky, both planets are the brightest and the most joyous of all celestial bodies. Jupiter shines its boundless magnanimity while Venus sparkles with its heavenly perfection.

When together, Jupiter and Venus gift us with the powers of creativity upheld by eternal bouyancy of optimism and joy. Their archetypes are those of the Greek gods Zeus and Aphrodite, arguably the two most adored (for different reasons) characters of the Greek pantheon. Who doesn’t want to be either the most powerful or the most beautiful? Deep inside we all do, yet there is always a catch and a lesson to be learned. Extremes need to be handled well.

Our story “An archetype of love triangle, or why Jupiter and Venus always in love” looks deeper into the mythology behind these powerhouses of attraction and some of its reflections in the world down below.

A Venus–Jupiter conjunction brings an excellent opportunity for those with artistic and creative minds, spiritual aspiration or other lofty predispositions. On the earthly plane, the conjunction may result in certain excesses and over-indulgence in sensuality or passion for affairs.

Whichever path you will choose, the two diamonds will be shining bright in the sky just two days before the following New Moon thus giving us a perfect wrap up for the current lunar cycle that is in its full bloom right now. 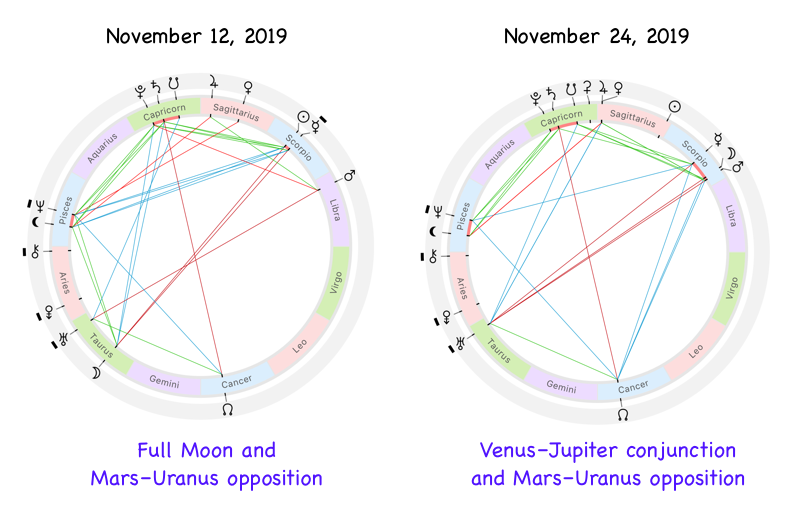 We dived into the mysteries of Moon and Pluto — visible and hidden.

We also skygazed at Venus and Spica, the fixed star.

Earlier issues covered The Full Moon on Apogee and The New Moon on the Perigee.

Saturn–Pluto conjunction is currently at 4.7º orb with both Saturn and Pluto now firmly direct until the moment of their exact conjunction. The date of the exact conjunction is scheduled for Jan 13, 2020. Read the story about this event that happens once in about 38 years and its possible repercussions.