We have left tumultuous July behind and currently are in the process of embarking on our new lunar cycle — the New Moon of July 31 marks beginning of the lunation that conveniently overlaps with the entire month of August. What kind of August will that be?

Completion of July lunation coincides with Mercury turning back to its direct course, a breath of relief as I’ve heard from many people that this Mercury retrograde period introduced some tangible turmoil. Although I suspect that was also Uranus influence that was excessively pronounced throughout the month of July.

Uranus turns retrograde on August 11 and hopefully brings some cooling down and reduction in unexpected surprises. Perhaps marking a certain degree of return to traditional values in the spheres of character and rational thinking via its square with Mercury.

Later down the page we’ll look into the blessings and dangers of an ongoing Sun–Venus conjunction followed by passions of upcoming Mars–Venus alignment… as the month of August will be gradually maxing out into stronger libido and hot impulses of all kinds.

Perhaps the most puzzling feature of the current chart is the Black Moon that is steadily approaching Neptune. Being the emanation of the invisible itself, the Black Moon is the focus of the featured article where I will attempt to shed some astrological light on this “object”, or more precisely the lack of it!

The Black Moon and the power of invisible.

The Black Moon, also popularised as Lilith, points at mysterious, remote and hidden parts of human psyche that belong to the domain of unconscious, the Jungian “shadow”.

This doesn’t mean that those personal traits lie dormant, quite the opposite, the Black Moon holds the keys to our alter ego that is always active behind the scenes… continue reading

Miracle explained. Gemstone color as the interface between light and matter. 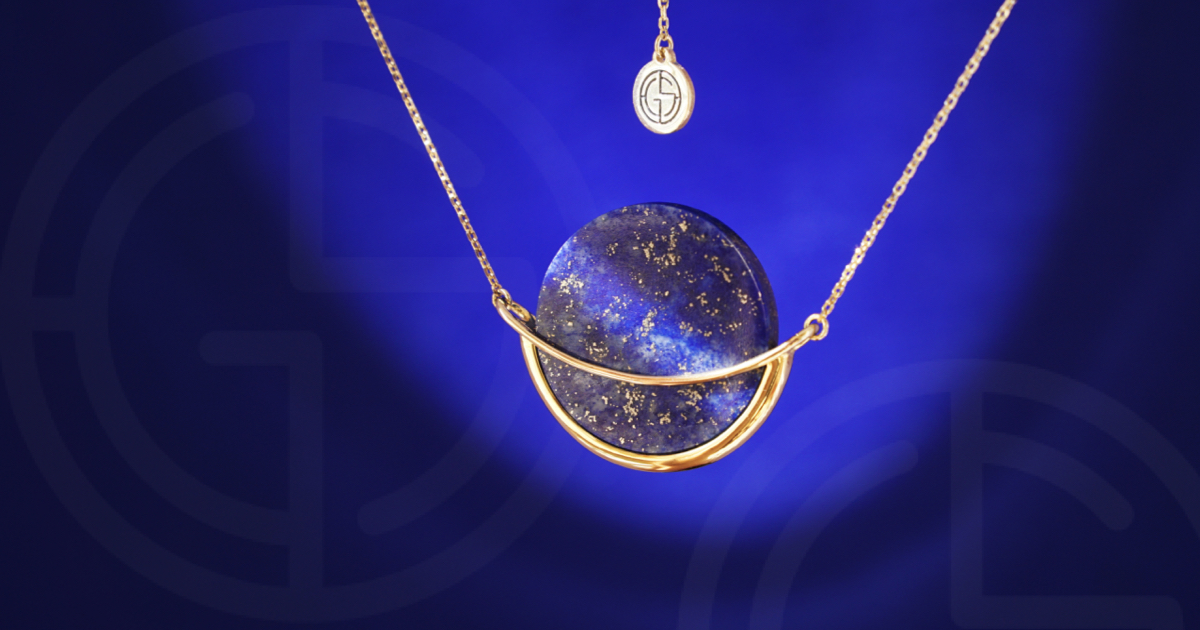 Delicate pink hues of Rose Quartz and Pink Opal are heartwarming. Green shades of Aventurine and Malachite are inspiring. Yellow splashes of Citrine infuse your senses with energy and optimism.

The truth is… to a great extent it’s color that defines gemstone personality and its perceived properties. But what defines the color itself?

Poetically speaking, color is the interface between subtle reality of light and the world of solid matter. It’s the language that Mother Nature uses to reveal what is hidden inside, to give us a clue what the substance is made of and much more!

Scientifically, color is a result of light rays interacting with a physical object. No light, no color, right? You won’t see colors of objects in a completely dark room.

The regal month of August enjoys the long-awaited Sun–Venus conjunction that promises to gift us with the feelings of love and harmony richly supported by the Sun travelling through its own sign, Leo the king of all animals. 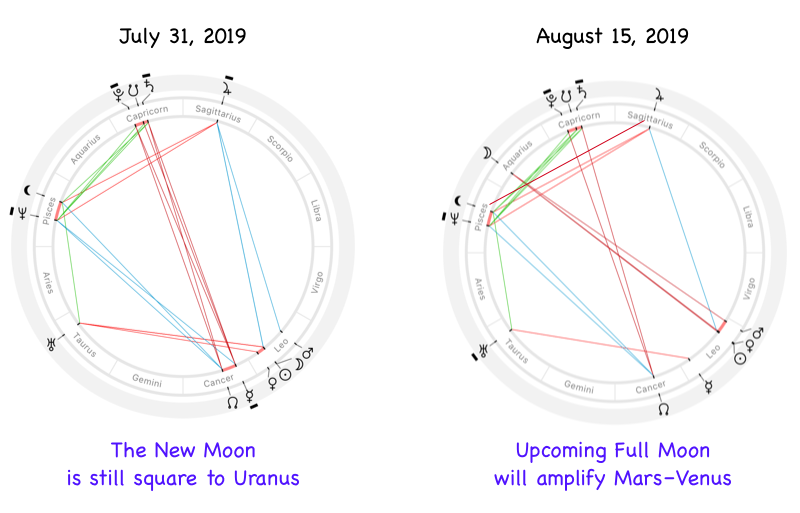 But, love or not… Venus is a passionate and hot “pressure cooker” planet, one shouldn’t rush to paint it pink and oversimplify its mighty potential. Powered by the exalted Sun energy Venus may equally manifest itself as the force of vanity and indulgence, especially knowing that it is still in square with often tense and abrupt Uranus until August 7 — pretty much until the moment of its exact conjunction with the Sun.

The second part of Sun–Venus conjunction will introduce direct heat of martian fire through its developing conjunction with Mars. Will it be love or passionate disagreement? Knowing Mars–Venus dynamics it’s healthy to keep all options open.

That triple conjunction influences all of the second part of August and “travels” well into September beginning with the New Moon on August 30 that will be a bit of a doppelgänger since the Black Moon is in force during that moment — exponentiated by the Moon making its closest approach to the Earth (perigee).

August is the month of ripening, the whole world and each of us is busy growing what is important and vital. It’s the time best devoted to diligent implementation and care for what has been already planted — we all desire a good harvest!

The previous issue discussed Myths and truths behind Mercury retrogrades.

The one before pondered upon the Aspect patterns — the building blocks of astrological charts.

Saturn–Pluto conjunction is currently separating at 6.4º orb as both Saturn and Pluto are in retrograde until September 18 and October 3 respectively. The date of the exact conjunction is scheduled for Jan 13, 2020. Read the story about this event that happens once in about 38 years and its possible repercussions.