The month of February continues to move through the “red” zone of some fiery aspects.

Last night didn’t give a good chance of sleep as the Moon moved past Uranus and projected its electrifying intensity into otherwise restful night.

We are currently on track to a very interesting event of Mars – Uranus conjunction which will take place on February 13 at 6:20 AM UTC. The influence of Uranus is hard to predict, it’s always sudden. One thing we know for sure is that Uranus deals with all things electric. Uranus has to do with technology and things of the future.

Tesla, the electric car company, and Elon Musk in particular seem to be influenced by Uranian events. Last year we witnessed his sudden and failed attempt to take Tesla private and the mayhem that followed… pretty much on the day Uranus went retrograde, August 13, 2018.

Let’s sit back and see what will Uranus bring this month! 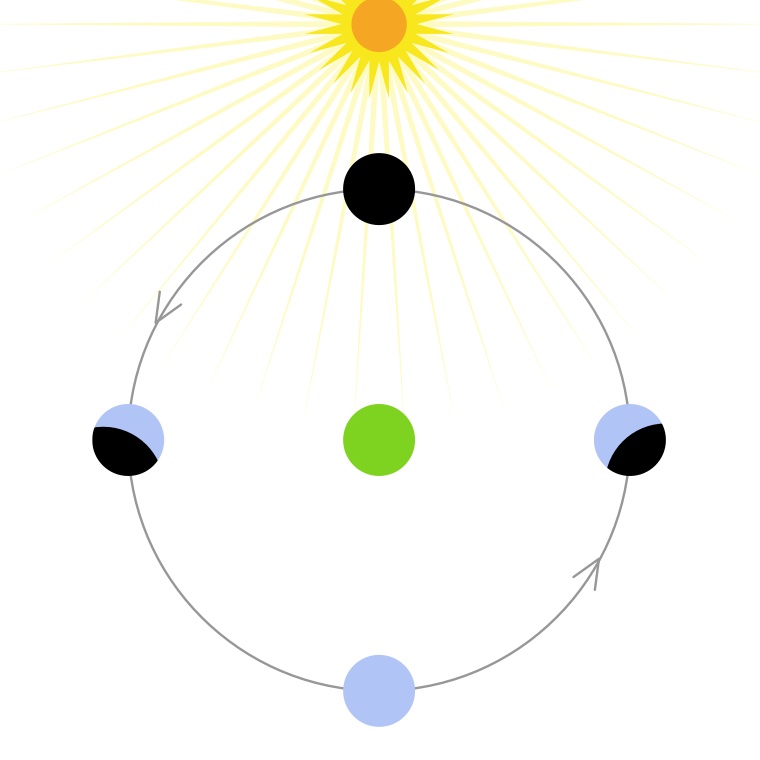 This is the first part of a multi-part story is aiming at demystifying these qualities of the astrological aspects.

There is certainly a growing feeling of suspense as this February moves through hard aspects like Mars – Pluto square, Mars – Uranus conjunct and Mars – Eris conjunct. What can this configuration bring? 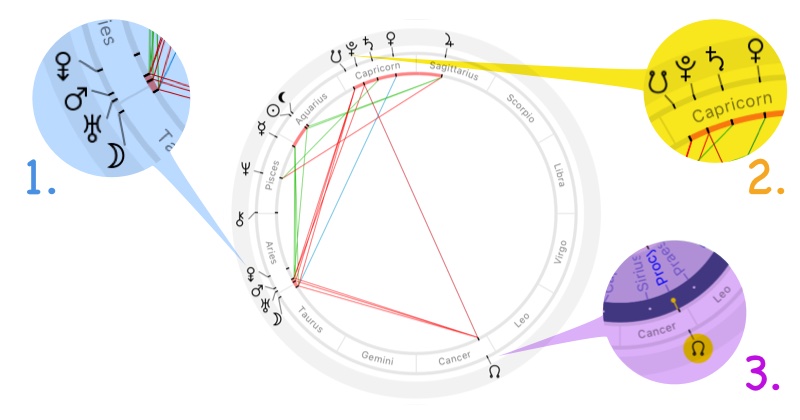 After the moment of exact Mars – Uranus conjunction on 13 February, Mars will finally escape the vice formed by Eris and Uranus. This should bring some relief.

We have written about the upcoming Saturn – Pluto conjunction at length. A fresh addition is the South Node of the Moon that is due to become exactly conjunct with Pluto in about seven weeks, on April 4 (UTC). That’s the one to watch. Both South Node and Pluto deal with karma, some karmic debt may be on the plate this time.

Venus – Saturn conjunction that will happen on 18 Feb 10:51 AM UTC will be a very beautiful event. Venus goes well with pretty much everything, even with old and grumpy Saturn!

That’s an interesting one. The North Node of the Moon is currently conjunct with the fixed star Procyon and will become exact on Feb 23, 9:47 AM UTC.

Fixed star Procyon is located close to the constellation of Cancer (it is actually alpha Canis Minor) and is not considered a lucky star by any account. I have personally heard a lot of stories about how Procyon messed up planned events. Watch out for this naughty derailer!

The previous issue discussed Mars – Pluto squares of 2019 and the politics of nuclear warfare.

Before that we touched on a topic of an archetype of love triangle, or why Jupiter and Venus always in love.

Saturn – Pluto conjunction is currently at 5.9º orb is slowly approaching its exact state on Jan 13, 2020. Read the story about this event that happens once in about 38 years and its possible repercussions