I had such a strong pull to skip writing this email, yet nevertheless here we go… There are clearly certain astrological forces that push us away from doing planned work and pull our attention towards more adventurous, novel and exciting activities. One of such forces is current Full Moon that falls on September, 13 and coincides with its Apogee, meaning that the Moon isn’t only full, it’s also conjunct with the Black Moon.

The Full Moon on its Apogee is perhaps the best time to experience and “see” the mysterious Black Moon which is the point on the celestial sphere where the Moon is at its furthest distance from the Earth. Perhaps less chances to go crazy? Energetically speaking this Full Moon could be somewhat subdued in its outright expression but since the lunar fullness is directed towards its black sibling, one may experience intense personal pulls and pushes that come from much deeper layers of subconscious that are governed by the Black Moon — the “shadow” that reveals itself through coming a bit closer to the surface of waking consciousness.

We’ve been culturally conditioned to understand that “shadow” is something inherently “bad”. That’s not really the case with the Black Moon — its immense depths that are like a portal to the alter ego, the better or worse yet definitely never boring self that has much punch and pep we often miss when dealign with daily routine.

Since this “risen from the depths” Full Moon is also happening aligned with Neptune, we may only wonder what kind of idealistic attitudes may tint our experiences, for better or for worse. The good thing is that the Sun–Mars conjunction — that is never short of drive and fire — actively opposes and challenges Neptunian marshes of dreamy self-delusion and procrastination, equally amplified by Jupiter square to both opposites. There are astral energies in plenty and I wish each of us to use this celestial phenomenon for the best results in personal development and shaping one’s own future… in a reliable manner. 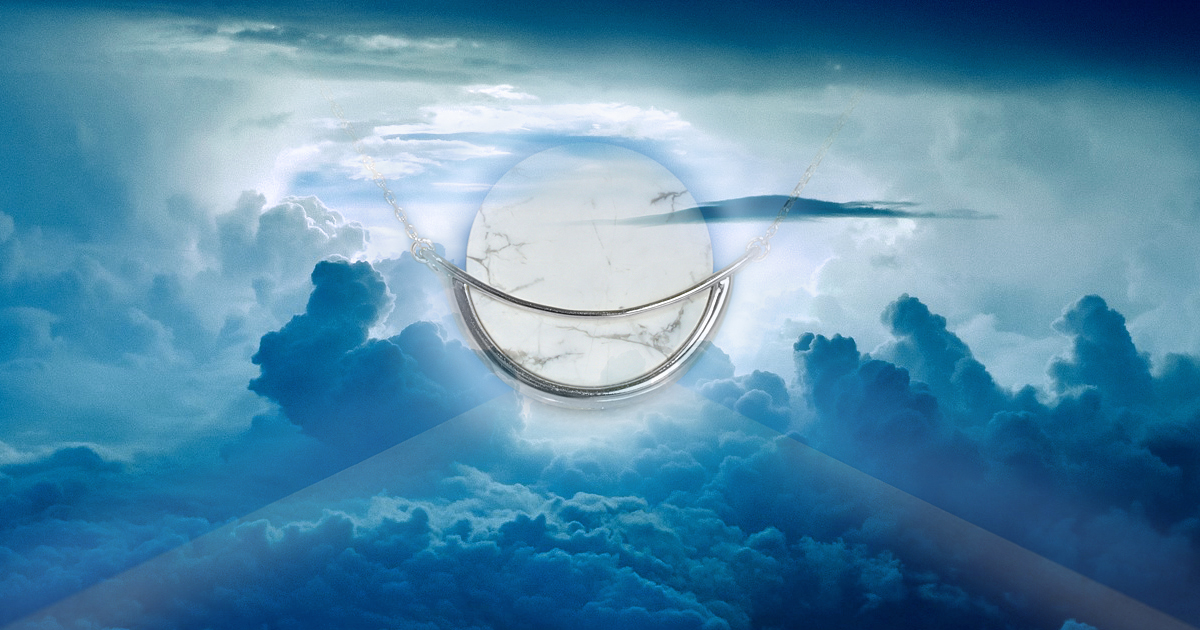 If I’d say that magic is everywhere that probably may sound like a cliche. Yet I do believe it’s true. You don’t need to perform complicated rituals, know secrets spells and have supernatural abilities to get in touch with magic. You just need to be curious and receptive and all the rest will follow.

Curiosity helps to learn new concepts while receptivity allows to open up your mind, heart and entire energy to something bigger than you. All together it transforms you and the way you see and interact with the world. And that is already magical. Because magic is the process of transformation.

The world is made of subtle and seemingly invisible vibrations that are constantly being transformed into what we call matter — something we can see, touch and experience with our regular senses. Matter has texture and density, it forms different shapes and comes in a variety of colours… yet here on Earth it is directly connected to the planetary forces and sacred geometry — leading us all the way up to the divine consciousness itself (of whatever you prefer to call it).

Gemstones, metals and sacred geometry is my favourite domain of magic. That’s what I am interested to explore in depth… I love to manifest this magic in the form of jewellery because it allows to unpack pure underlying principles and connects us with the forces that expand our perception and transform the quality of life, here and now.

Sacred Geometry helps to connect with the archetypal principles and bring clarity into our lives. Read more about Sacred Geometry…

Gemstones are an incredible source of power that can facilitate desirable changes, protect, support and inspire. Read more about gemstone properties…

Colour is the interface between subtle invisible energies and the domain of physicality and matter. Multitude of colours bring about that sense of pure magic that we are blessed to be surrounded here, on Earth. Read more about magic of colour…

The art, craft and mystery of jewellery connects and binds all these subtle principles — so you can have them all at once. And this is magical!

The autumn equinox (in the Northern Hemisphere) happens shorty after the Last Quarter of this lunation and falls on September 23. The Moon’s position is quite auspicious since it’s aligned with its North Node in Cancer setting future trajectory toward the values of growth and care and away from the opposing slow grind of Saturn–Pluto conjunction. 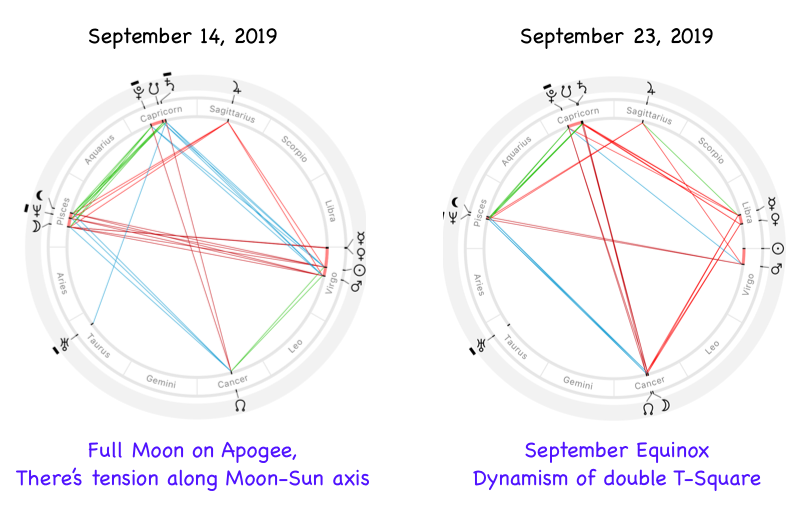 What’s more, there is a helpful Mercury–Venus square that softens that Moon–Saturn–Pluto opposition. Even though square is usually seen as an aspect of challenge, it actually lends a helping hand to the Moon during this Equinox by infusing the values of harmony and creativity into the second half of the Solar cycle.

The chart is noticeably dominated by two T-Squares: the first of Moon–Saturn–Venus that we have just covered and the second formed by Mars, Jupiter and Neptune tightly conjunct with the Black Moon.

The second T-Square reminds us of challenges when choosing between action and contemplation. One can equally go dreaming big or acting big. This will impact on the future prospects big time since the crucial time of Equinox sets trends and adjusts forces that will shape not only one’s second part of the Solar cycle, the momentum will last much further into the future — just as everything that is related to the Sun’s energy, the only true source of energy in this planetary neighbourhood.

Previous issue discussed The New Moon on the Perigee.

Saturn–Pluto conjunction is currently separating at 6.8º orb as both Saturn and Pluto are in retrograde until September 18 and October 3 respectively. The date of the exact conjunction is scheduled for Jan 13, 2020. Read the story about this event that happens once in about 38 years and its possible repercussions.