This last Full Moon in the sign of Leo couldn’t bring us fewer passionate surprises! One may have hoped that having the Sun–Venus conjunction helps to soften the extremes, alas, the Full Moon is happening at the time when Sun–Venus is also in the process of tightening its conjunction with Mars, the planet of energy and action.

Combative nature of Mars can be clearly observed in both personal situations and on the world scene. The Moon’s fullness further amplifies all sorts of conflicts and polarity of interests. One may found themselves arguing and fearlessly defending one’s position and territory. Those are all signs of overwhelming emotional pressure in the domain of passion and individuality. What are good strategies during the second half of this lunation? We shall discuss them further down the page.

The world scene provides some vivid illustrations of Mars–Venus overheated by the fire of the Sun. Civil unrest turned outright violence in Hong Kong, stabbing attack in Sydney, Australia, clashes of protesters and police in Moscow, Russia. All those events tell us of passions went extreme. Mars is capable of coarse and cruel acts that Venus can at times surprisingly exaggerate through its frivolous nature. Looking at the economy at large, there is an increasing risk of it gradually sliding into recession due to unresolved conflictual attitudes between key players.

There is a degree of hope with the Sun–Mars–Venus trio leaving the fiery sign of Leo and moving into Virgo after August 23. Virgo may bring some prudence and the sense of duty as well as consideration of interests of others. That would be a very welcome development! We shall look into some more astrological details for the second part of August in Astrological Weather down below.

Gemstone Colour Guide — How to choose the right gemstone by colour. 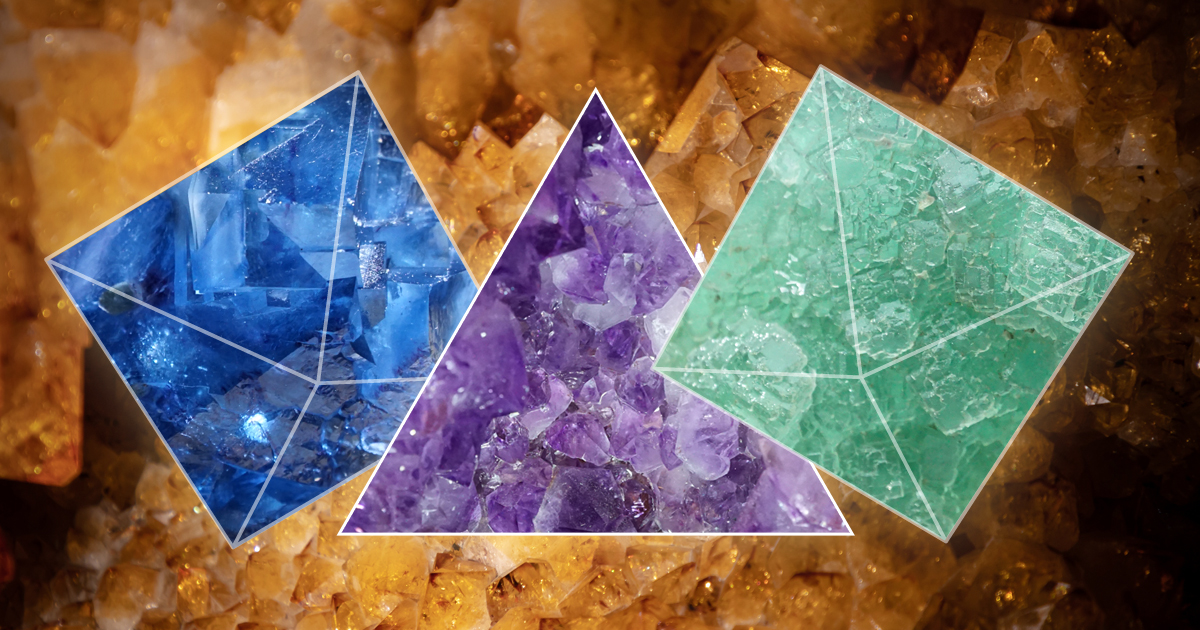 Yellow flowers will instantly cheer you up. A woman in a red dress will grab everyone’s attention fast. A blush pink gemstone will land a delicate and heartwarming sensation…

Colours evoke particular feelings and emotions and subliminally influence our behaviour, decision and attitude. Colour is one of the most expressive and magical languages that doesn’t require translation.

As per colour psychology, red creates a sense of urgency, power and passion (look at Garnet and Ruby!); blue is associated with trust, logic and loyalty (just like Lapis Lazuli). Purple is related to wisdom and luxury (that’s Amethyst!); yellow brings energy and warmth (like Citrine crystal), and so on…

It is not a random coincidence but rather a consistent and proven correspondence between the colour of the gems and what kind of qualities and energies it is able to connect us with.

Let’s explore how colour affects our perception and our relationship with particular gemstones.

It will help you choose the right crystal and gemstone jewellery for yourself or as a gift while being guided just by the colour. At the end of this article you will find an explicit Gemstone Colour Guide… continue reading

Mars and Regulus go together well. Regulus is a triple fixed star, it’s the main star in the constellation of Leo. Regulus is predominantly of Mars nature with some Jupiterian tones.

Mars is exactly conjunct Regulus on August 18. Both celestial bodies relate to violence and military pursuit. On the positive side they both bring strength, success and ambition.

We can expect actions of military nature or acts that bring public prominence and reflect strong personality. Mark this day in your calendar and see where astrological energies will take you and the larger world around us. 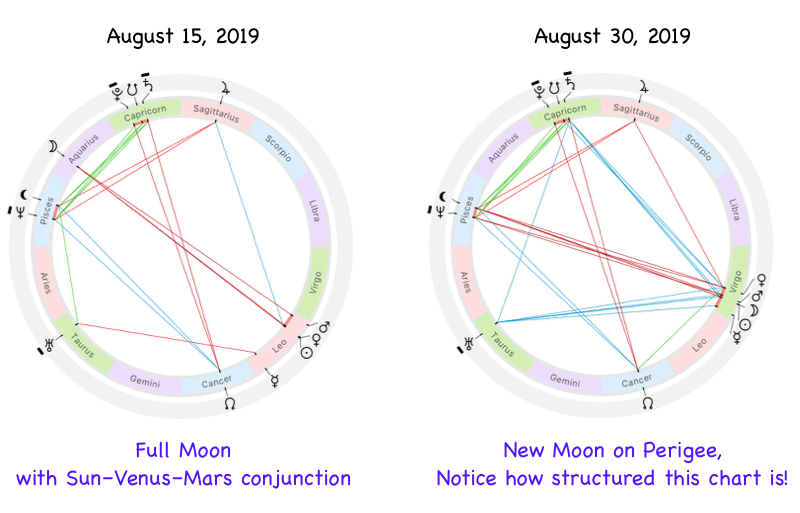 What to do with passionate Mars–Venus?

Exercise! Complex problems sometimes do have simple solutions. Mars–Venus balance controls the flow of libido and life force in general. One may take the notion of libido further than its standard “sexual drive” connotation into a more broader notion of “ability to want”. And that’s what Mars and Venus are about. They want each other, they want things, they want experiences.

Mars and Venus is an eternal polarity that resolves itself either through a fiery combustion or through an engaging flow. The secret of handling Mars–Venus inflammation can be discovered by engaging in a vigorous physical exercise that miraculously equalises the forces and achieves peace through exertion.

Preparing for the New Moon on perigee

The month of August culminates with the New Moon at its closest distance to the Earth, or perigee.

The second half of August is the period of possibly increasing martian influences that will plant seeds for the near future.

The New Moon on its perigee activates the Black Moon through the power of its opposition. It is a great time for some in-depth observations of what really moves us and what limits us. The earlier story “In the “shadow” of the Black Moon” casts some astrological light onto the mysteries of the Black Moon.

The previous issue discussed The “shadow” of the Black Moon.

Saturn–Pluto conjunction is currently separating at 6.4º orb as both Saturn and Pluto are in retrograde until September 18 and October 3 respectively. The date of the exact conjunction is scheduled for Jan 13, 2020. Read the story about this event that happens once in about 38 years and its possible repercussions.