September Equinox that marks the middle point of the Solar year is closely followed by the New Moon of September 28 — both events transition the world and its affairs into the next phase of motion and development. This phase is likely to culminate around January 13 with the great Sun–Mercury–Saturn–Pluto alignment, a rare astrological event not to be missed!

Venus is beginning to emerge from the Sun’s fiery dominance and gradually regaining its status of an evening, or morning, star depending on which hemisphere you live in. Traditionally astrologers would say that Venus was “combust” or, in other words, its essence subdued by overwhelmingly powerful rays of the Sun. As Venus is starting to appear in the skies, it’s a great time to reaffirm our relationships with this symbol of love, beauty and creativity.

A special day in relationship to Venus is October 3 when Venus will be conjunct with the fixed star Spica of constellation Virgo. I am going to talk about this auspicious moment further down the page.

Mars is completing its opposition to Neptune and “liberating” us from the conflict of the two radically opposing principles that could have brought a degree of confusion and procrastination, something that always comes along with the endless waters of Neptune especially knowing that it was deepened by its conjunction with the Black Moon. Now that this period of uncertainty is over, we all can gear into the action mode that will energise our navigation through the October lunation.

To sum it all up, the October Moon cycle is shaped by an energetic newness of both the equinox and the New Moon, and further supported by Venus finally emerging from its solar bathtub. A well aligned time window to push forward materialising your plans and ideas!

Planetary Metals and their Magical Dialectics 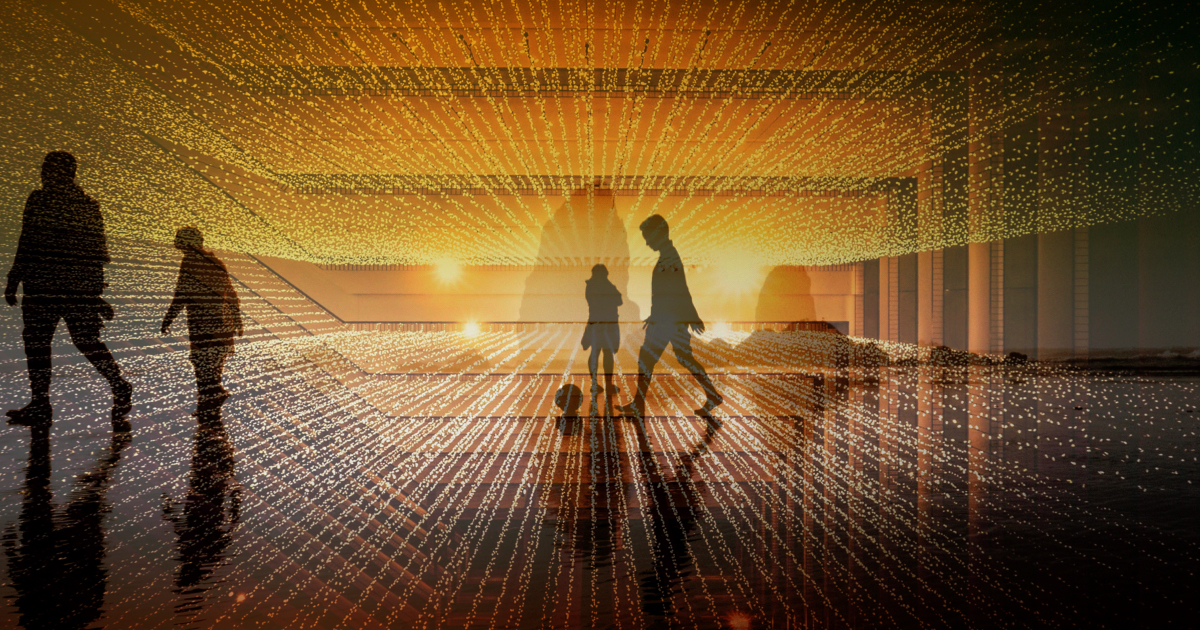 In human history as well as in the domain of inner alchemy there are four very special metals — gold, silver, iron and copper.

Humanity intimately knew and used them since ancient times because people were able to extract these elements from Mother Earth with bare hands and simple tools.

Interestingly, these metals are the metaphysical representations of the four celestial bodies closest to our planet — the Sun, the Moon, Mars and Venus. They are the essences of Astral Forces, the manifestation of universal powers that actively interact with our consciousness and affect our well-being in profound ways.

These four metals relate to the four major Planetary Energies:

Did you notice that the list also contains the most profound polarities of planetary energies?

The Sun energy is the opposite of the Moon, and Mars is antipodal to Venus. The right balance of these polarities in our energies is extremely essential. It defines our ability to give and receive, to achieve and manifest abundance in life in a way that is meaningful to us.

How to enhance your life performance by activating Projective (Sun and Mars) and Receptive (Moon and Venus) Planetary Energies through corresponding metals?

How metals — the essential planetary “ambassadors” — can support your career, relationships and well-being?

And much much more… we will discuss in two weeks’ time in our next Newsletter and my new blog post.

Meantime you can explore in detail why and how Silver as a metal manifests the Moon archetype.

Revisit the article introducing the notion of Projective and Receptive energies.

Or browse through the selection of articles about Astrology and Gemstones.

Much of October is influenced by Venus–Uranus opposition supported by a good injection of Mercury’s inherent talent for handling dualities of all kinds. 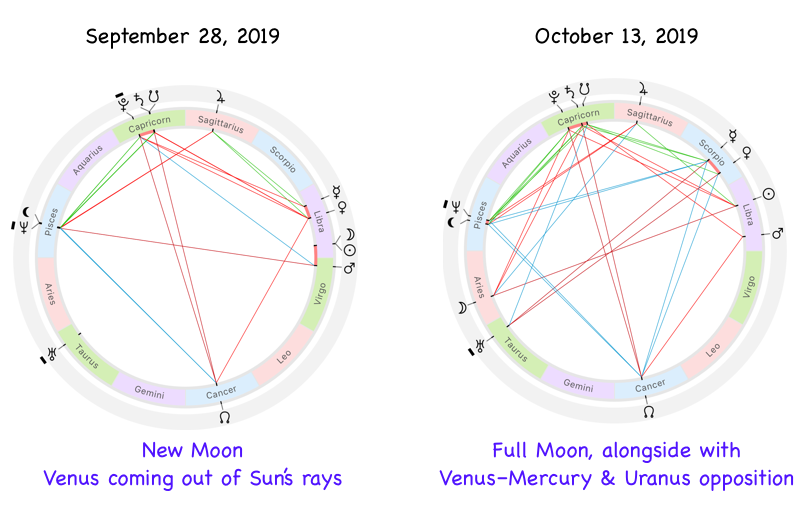 Mercury is a master of many trades as it knows how to cross the boundaries and thus an excellent helper in both ideation and mediation processes. Our earlier story “Myths and truths behind Mercury retrogrades” digs into exceedingly flexible nature of Mercury that makes it such a source of special astrological know how.

When it comes to the fountain of creativity and the ability to generate new and elegant solutions, Venus and Uranus fit each other perfectly well. Venus is perhaps one of few planets that Uranus can relate to — it’s worth remembering that according to traditional mythology Venus was born out of Uranian creative faculties.

Venus and Spica, the fixed star

A few days before Venus becomes opposed to Uranus, its powers will be fortified and enhanced by a truly magnificent alignment with Spica, the main star in the constellation of Virgo.

The exact date of Venus–Spica conjunction is October 3. For those who are in New York, the exact time is 7:13 PM, the celestial couple will be briefly visible right after the sunset.

The stars are fascinating astral powerhouses! If you’re interested to enhance your astrological repertoire and skills, feel free to read our story called “Understanding the role of Fixed Stars in astrology”.

Spica holds extremely potent astral forces. It shines success supported by discernment and exactitude. The honourable star of excellence works well with Venus. Spica is said to be of a combined nature of Venus and Mars, or sometimes of Venus, Jupiter and Mercury. Either way Venus is a part of the equation!

Spica is one of the fifteen Behenian (“root”) stars, its stone is Emerald and the herb is Sage.

… and before that we had The New Moon on the Perigee.

Saturn–Pluto conjunction is currently at 6.6º orb with Pluto turning direct October 3. The date of the exact conjunction is scheduled for Jan 13, 2020. Read the story about this event that happens once in about 38 years and its possible repercussions.