An extra strong Moon energy impressed itself upon me as I was walking last night along the bay. Not even 100% full, the Moon shone like a true midnight sun and made me twitch, “should I put some sunscreen on?”

Jokes aside, the upcoming Full Moon of 19 February delivers some powerful astral forces. This event has been categorised as “supermoon”, “snow moon” and “hunger moon” — all at once — not for nothing!

It is called “supermoon” because the Moon will be at its closest distance to the Earth, meaning the Moon will be 14% bigger and whopping 30% brighter. The next supermoon will only happen in 7 years time (2026).

The “snow moon” and “hunger moon” names originate from the North American folklore and refer to the time of the year when it snows a lot and food supply is scarce till next spring. Perhaps that isn’t that much relevant in the current age of globalisation.

But there is more… As the last night Moon felt unusually imposing, plus some of my friends displayed certain signs of completely irrational emotionality, I have decided to dig deeper… and voila, here is the culprit — the ever mysterious Black Moon.

Scroll down to read about the Black Moon in the Astrological Comment section. 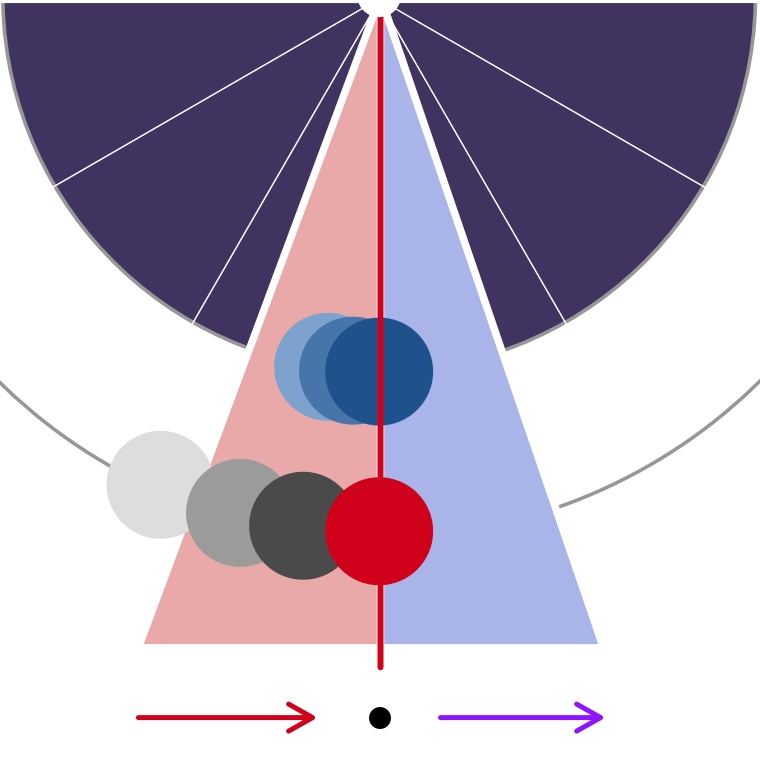 Once you have grasped the idea of approaching and separating aspects — as well as previously discussed waxing and waning aspects — you will never look at the chart the same way.

Equipped with this knowledge you will see every aspect as a part of a bigger planetary cycle.

Planetary cycles open up a completely new dimension and allow for much finer interpretation of events and answering the question of “What could be a better course of action in the current long-term situation?”… continue reading

We are still moving through the critical Mars – Uranus conjunction. I have seen sparks flying and have been hit by a couple myself, it was ouch. Same happened to most of my friends. Anything Uranian unavoidably comes with a warning sign of “Be ready for unexpected”. Mars – Uranus conjunction effects will be gradually fading towards the end of February. But still, it’s not advisable to undertake any careless act_s especially those that have to do with physical activities, sports and any kind of _competitive behaviour. Not a good time. 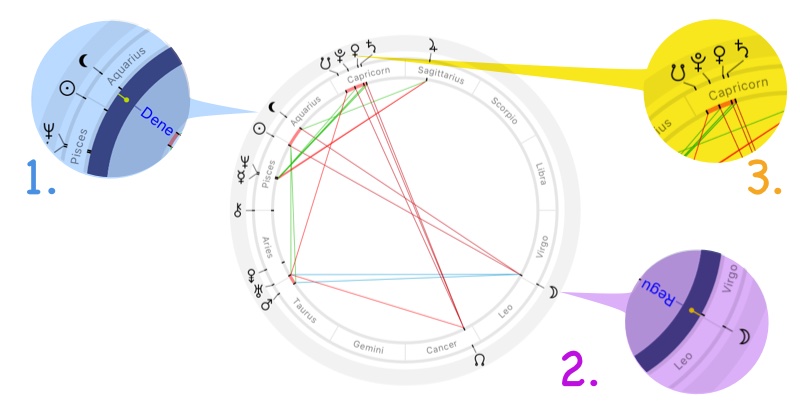 This Full Moon, which is in astrological terms means the Sun – Moon opposition, coincides with the the Black Moon conjunct to the Sun. Why is that significant?

The Black Moon coincides with the point of the Moon’s apogee — the furthest point from the Earth.

The current New “Supermoon” is happening at its perigee — the closest point to the Earth.

And this is exactly where the double whammy is coming from: having a “supermoon” Full Moon always means that the Black Moon is conjunct to the Sun.

Symbolically, the Black Moon stands for remote, dark and hidden side of human psyche. The Black Moon knows how to keep its secrets in the deep layers of human subconscious.

Having the Sun conjunct to this powerful astrological point means that a lot of hidden, often intense and highly “unpleasant”, emotional stuff gets reflected into the Full Moon, akin to a powerful torch that blasts a polished mirror. And it hurts.

It is also a potent time to reflect about what subconscious decisions and negative patterns prevent you from achieving what you need to achieve — because you can see them better in the reflection of the Black Moon.

The Full Moon is conjunct with the star Regulus, a beautiful triple star of white an ultramarine hue. Regulus is located in the heart of the constellation Leo and symbolises courage and honour.

With the Moon, Regulus brings public prominence and powerful friends but also presents danger from false friends and outright enemies.

It’s good to keep your eyes open and, above all, use discernment during this emotional Full Moon.

Highlight #3 — Venus between Pluto and Saturn

The influential cluster of the South Node, Pluto, Venus and Saturn keeps evolving.

We are certainly graced by Venus finally taking a position between Pluto and Saturn. That should bring both softening and high creative insights.

At the same time Venus is also in an applying conjunction with Pluto. Venus – Pluto conjunction manifests forces of deep attraction in the areas of both sexuality and money. The planet of beauty visiting the domain of lower chakras brings the power of irresistible attraction.

The previous issue discussed waxing and waning aspects in the context of planetary cycles.

The one before analysed Mars – Pluto squares of 2019 and the politics of nuclear warfare.

Saturn – Pluto conjunction is currently at 5.93º orb is slowly approaching its exact state on Jan 13, 2020. Read the story about this event that happens once in about 38 years and its possible repercussions