How difficult can this Full Moon of July 16 be? The peak of the lunation happens in conjunction with the heavyweights of Pluto and Saturn adding some low-pitch undertones to the Moon that is also in the near vicinity of its South Node thus manifesting a lunar eclipse, a partial one this time since the Moon isn’t too close to the Dragon’s Tail.

Every Moon–Pluto conjunction is a rather challenging time due to the depths of Pluto bubbling up towards the surface of human emotional landscape. Not the time to be taken easily — but not the time to dwell on despair either! It’s the time of learning how to handle Pluto’s underground intensity without being irrationally swayed by the emotional maelstrom. Because there’s a prize ahead.

Handling the Moon–Pluto fullness takes a good degree of honesty and emotional maturity, being able to say “I can live through challenging dilemmas” to oneself. Only then the real potential of this conjunction can reveal itself through rich creative flows coming up from ultimate depths.

The fact that the Full Moon coincides with a lunar eclipse adds an extra degree of challenge that can be transformed into an opportunity especially in the area of self-development. Supported by plutonic directness, the inner truths — however controversial they may be — are now accessible and should be accounted for. They hold the keys to fundamental aspects of personal emotional makeup. Seizing this opportunity may not be for the faint-hearted but there is a promise for the determined ones. The rewards are worth it: the path ahead will be cleared up and the motivation renewed and recharged.

The current astrological chart conveys a sense of expectation, it’s focused and condensed, not unlike a satellite dish receptively attuned to the universal broadcast. The Astrological weather further down the page looks into what makes this moment in time important and unique.

We all most certainly experiencing the usual dose of Mercurial glitches during this retrograde period and I thought it’s a good time to look into why it happens — enjoy the Featured story about Mercury retrogrades below.

Every planet goes retrograde but it’s Mercury that captures our attention the most.

Periods of Mercury retrograde movement are known to coincide with disruptions in communications — both human and technological connections tend to go haywire in a predictably unexpected manner.

What is the astrological symbolism of Mercury and why its retrogrades mean so much to us?… continue reading 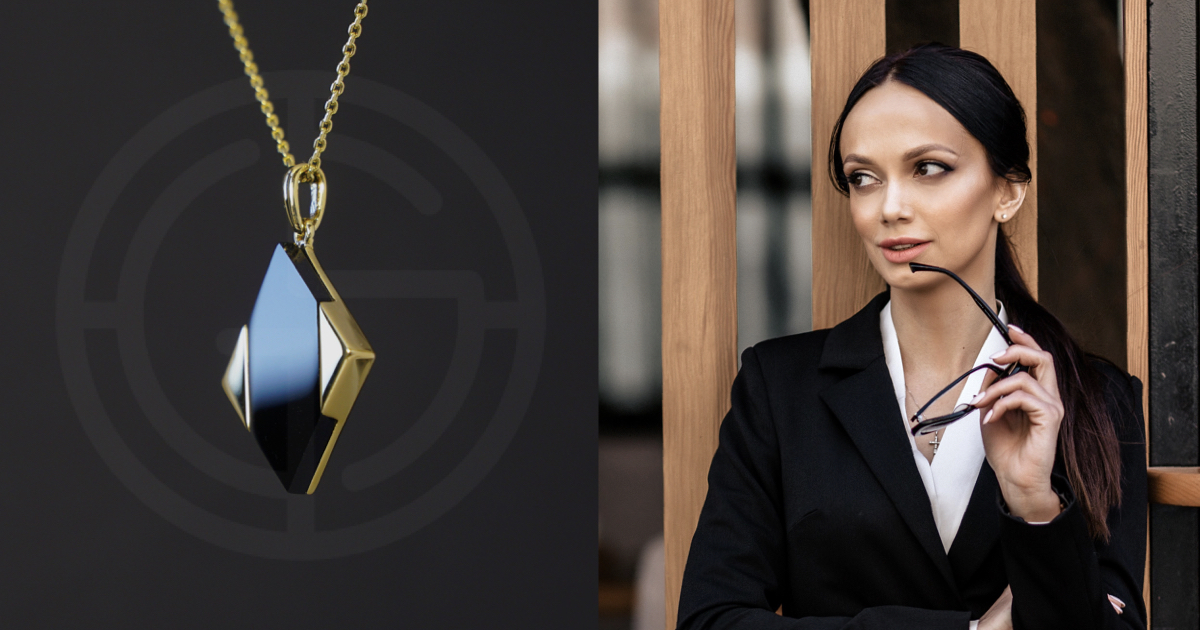 Skilful use of jewellery in the work or any business related environment is the “sixth sense” that only a few consciously practise and cultivate — yet there is little doubt that every woman willing to expand her tactical repertoire can become a master of this ancient art.

The thing is… jewellery is very personal, way more personal than your outfit. Why so?

When you choose to wear a specific dress or a suit, most likely it’s your conscious choice. You have an intention in mind — what kind of impression you want to create on people, how you want to be perceived by your peers, bosses or your clients.

Not so with your jewellery — usually you choose to wear it because you like it, subconsciously. And it shouldn’t be a big deal… but it actually is, it tells much more about you than you think. This subconscious message you send to others may even contradict your conscious intention.

As the saying goes “You never really know a woman until you’ve seen her jewellery”.

People around you, subconsciously, are able to read your “jewellery messages” through the symbolic language of geometry. If you have missed my earlier ventures into this topic you can revisit the articles about sacred symbolism of the Circle, Triangle and Square.

June 16 eclipsed Full Moon is nearly perfectly aligned with the middle of the calendar year and thus the middle of the northern hemisphere summer. During this short and focused astrological period we are traversing the peak of annual development. Intentions have been firmly planted and the second half of the year will reap the outcomes of both wise and foolish decisions.

The chart is beautifully sharp and present. Truly one of its kind. Curious astrologer can write heaps about its chapters, forces and predict potential outcomes.

A few highlights that captured my attention…

Quite possibly we are witnessing this aspect playing out at the political arena. Both planets are of excessively expansive nature, one airy and another watery. In some situations the square helps by bringing the necessity to come up with big ideas and equally big initiatives. In other situations the square may result in blown-out policies and inflated regulatory practices, something that seems to have been brewing for a while in the financial sector.

July witnesses several major planets making a square with Uranus: Mars, the Sun, Mercury and finally Venus. The “usual suspects” are Mars and the Sun. Those two planets perfectly complement the unexpected factor of Uranian nature by supplying it with combustive fuel in plenty. Some electrifying events or changes can be expected to happen as the result of fire challenging if not outwardly provoking the eclectic and revolutionary nature of Uranus.

A sesquisquare spike is also known as a “Thor’s hammer” in popular astrology signifies intense karmic forces in this case pointing at the Sun. This may question and challenge current practices of power and attitude toward others. This is the time period when blinding certainty should be replaced by the quest for validity and sustainability.

Late July will see the same spike pointing at Venus, hopefully a softening influence wrapping up this intense lunar month.

The one before pondered upon the The Moon Nodes and the Force of Destiny.

Don’t miss the great story about Minor astrological aspects and the domain of magic.

Saturn–Pluto conjunction is currently separating at 5.1º orb as both Saturn and Pluto are in retrograde until September 18 and October 3 respectively. The date of the exact conjunction is scheduled for Jan 13, 2020. Read the story about this event that happens once in about 38 years and its possible repercussions.