Talking about the current Moon phase is like a conversational ice-breaker that we astrologers know all too well. The phases of the Moon are truly the carrier of astrological weather, a mini-milestone season with its ever repeating 29-and-something days cycle.

We have just passed the Last Quarter, the final station of the Moon cycle that started 3 weeks and 2 days ago on February 4.

The last six days — the period from the Full Moon until the current Last Quarter — were focused on active harvesting of whatever we have sawn during the first half of this Moon cycle, from February 4 till February 19.

The upcoming seven days will be the the period of internalisation that will last until the next New Moon that will happen on March 6.

Now we can reflect back at those last three weeks in order to remember the events that have happened and perhaps use this introspection and plan how to wrap up this Moon cycle.

And those were a fiery three weeks! Most notably we had Mars – Uranus conjunction on February 13. This event brought some ongoing sparks that materialised a few unpleasant surprises and sudden ruptures. That’s the nature of Uranus and having direct fire of Mars only adds extra TNT to the combustible mix.

Further down the page I will talk how the usual suspects, Tesla and Elon Musk, were affected by this cosmic alignment.

Personally, it would be a good idea to aim for a peaceful period leading up to the next New Moon. Having some degree of calm will be extra important to meet the next cosmic alignment, the Sun – Neptune conjunction on March 6 that will incidentally happen on the day of the New Moon. Scroll down for some thoughts on that.

Be in peace,
Denis 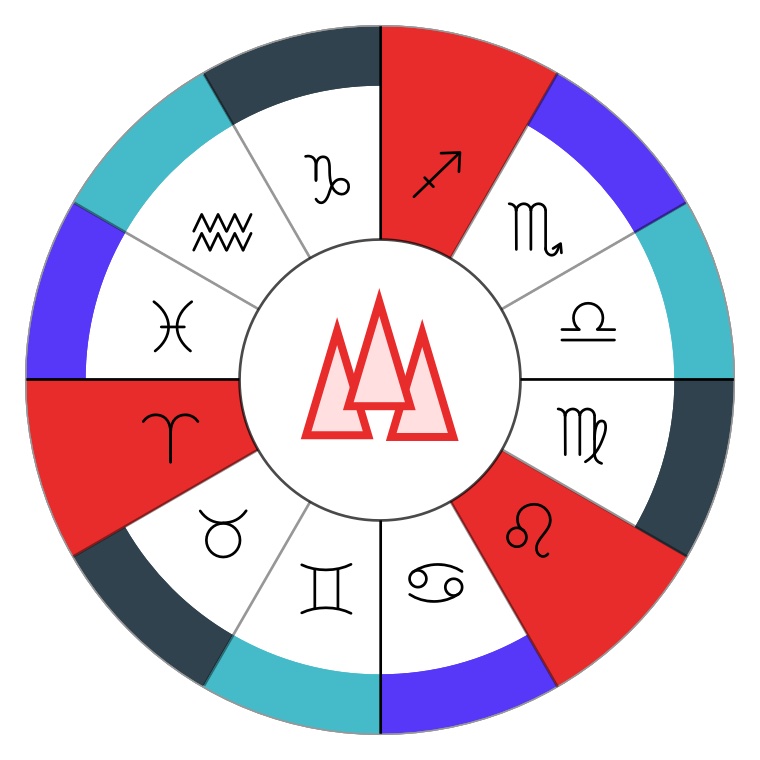 How the four Elements rule over the Zodiac signs

Each and every of the four alchemical Elements — namely Fire, Earth, Water and Air — have rulership over corresponding Zodiac signs. But if we ask the question “How does it work?” it suddenly becomes not so simple. This exploration of the mysteries of the Elements and the Zodiac wheel will lead us to understanding of the principles of Cosmic Fire and Cosmic Waters… continue reading

About the Moon archetype and its connection with silver

Have you ever wondered how the planetary forces and archetypes they represent unpack themselves in gemstones and metals? The astrological principles manifest themselves in the physical world and bring to us both marvels and some very practical implications.

Let’s take silver, the metal that perfectly unpacks the Moon archetype: reflection, multiplication, receptivity, adaptability, nurturing and healing force — the Mother principle. Silver has always been respected for its cleansing and recharging power.

True to the Moon archetype, silver has the highest reflectivity of all metals. It also possesses high electrical and thermal conductivity as well as remarkable antimicrobial properties.

Due to its potent reflective power silver is said to “bounce back” any negative vibrations — thus protecting the wearer. That is why your silver jewellery also works as an amulet for you. Generally speaking, silver is great for women who need to get more in touch with their femininity or men who want to cultivate receptivity and intuition. Explore more…. 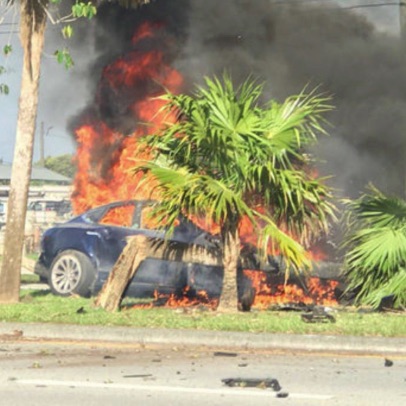 A case in point, as I have mentioned a couple of issues back, anything Uranian usually affects the electric and erratic side of Elon Musk. Tesla is a great company that is under direct rulership of Uranus for good and for bad — Uranus rules over electricity and innovation.

Uranian influence was swift and sudden: on February 20 Elon Musk tweeted inflated production forecast in his usual mischievous manner. Yesterday it was announced that SEC is taking an action against him because his false statement actively mislead the market, the company shares tumbled instantly by 3.6%.

On the company note we just witnessed a truly freaky Tesla car accident in Florida February 25 when the car smashed into the tree and was engulfed in huge flames. The driver, who was possibly dead on impact, could not be removed from the fiery inferno and was incinerated. The reason? It was not possible to open the doors as Tesla cars don’t have mechanical door handles. The new technology gone terribly wrong with Mars (direct fire) plus Uranus (sudden electric shock) conjunction fitting this event more than 100%.

The big dreams of the Sun – Neptune conjunction 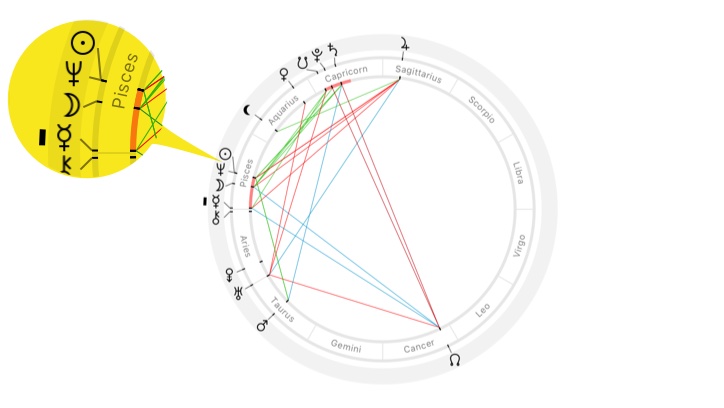 The Sun – Neptune conjunction is a big and beautiful event in its own right that happens once a year around the first week of March.

The Sun stands for the core and the source of all energy in both Solar System and every individual.

The energy of Neptune represents a vast and endless universal ocean-like union of everything and everyone. Neptune gears into dreams and idealism, equally brings grandeur to dreams and delusions.

The Sun has just begun powering this endless source of everything unreal and will be pouring more and more of its energy in the coming seven days.

It is a good time to look at your inner idealist and aspire for everything that is lofty and out of this world. Your aspirations may be heard, it’s a very special time window, especially given that that is the day of the New Moon as well!

The one before looked at waxing and waning aspects in the context of planetary cycles.

In the past we analysed Mars – Pluto squares of 2019 and the politics of nuclear warfare.

Saturn – Pluto conjunction is currently at 4.3º orb is slowly approaching its exact state on Jan 13, 2020. Read the story about this event that happens once in about 38 years and its possible repercussions