Writing this just a few hours before the New Moon of April, 5 and enjoying the deep silence of the last dark hours that precede the New Moon moment that is a hair-thin borderline between the old and the new, the completion of the last 29½ days long lunar cycle.

This New Moon is nearly perfectly coincides with Pluto conjunction with the South Lunar Node, taking everything Moon related even further down into the darkness from which all things have originated.

The time of the New Moon is a perfect opportunity to talk about the magic of the Equinox and its connection with the idea of universal consciousness. The featured story below will attempt to convey some important knowledge about Equinoxes and Solstices and how to use those special moments to align with the universal flow of time.

Right now we are entering an important period that is directly related to the nodes of the Moon and some interesting effects that this alignment may produces. Scroll down to the Upcoming Astrological Events for more details. 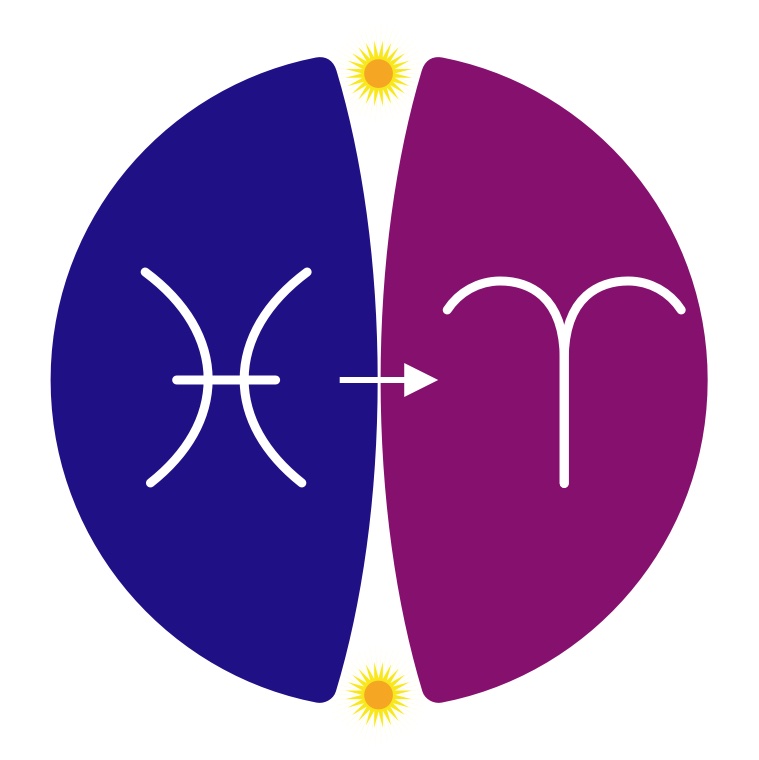 The Equinoxes and Solstices are brief windows in time and space that connect us to the broader experience of universal consciousness.

In each year there are four days, or rather precise moments: the two Equinoxes and two Solstices that carry a very special astrological meaning.

When you look up to the starry night sky you find yourself in a very different state of mind in a matter of seconds as if you are channeling directly from the wisdom of the universe. What if I tell you that there is one very special gemstone that looks like the starry night sky and does exactly the same to your consciousness, taking you far away to no limits… literally!

Egyptian Pharaohs regarded this gem as the “Stone of the gods” and believed it was able to connect them to higher realms. Well, I totally agree with them (as if they care). This gem is like a window to something bigger than our mind can comprehend.

Lapis Lazuli gemstone is your invitation to significantly expand your deep reaching vision of this reality and find missing links in any situation: here, there, anywhere. It brings mental clarity and focus, sharpens your mind, allowing you to see the solution.

When you work with Lapis Lazuli you make yourself available for something bigger than you and connect to cosmic consciousness. I like to call Lapis Lazuli an intellectual amplifier and mind sharpener. It’s a perfect gemstone to anyone who studies or is involved with demanding business activities. And of cause it’s your best companion when it comes to astrology.

Learn more about Lapis Lazuli – a true legend among gemstones that has kept people spellbound for over 6,500 years… read more.

The Sun, Pluto and Eris… and the Lunar Nodes

The current chart is predominantly influencing the Moon Nodes axis with the energies of the Sun and Eris forming a hard square to the Nodes, while Pluto and Saturn firmly holding onto the Dragon’s Tail. 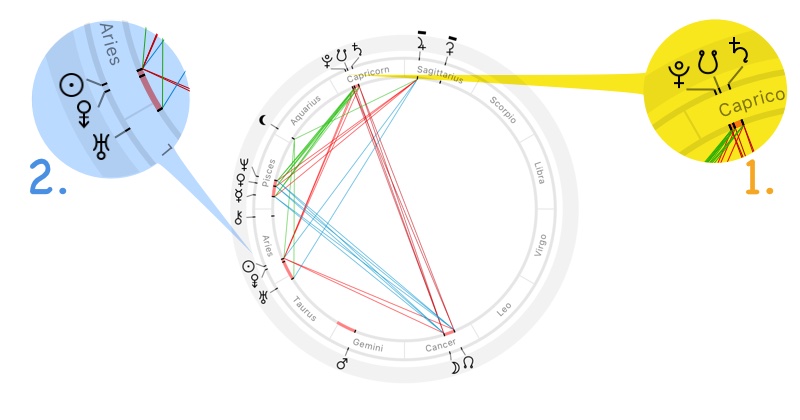 About 7 hours before the New Moon, Pluto have perfectly aligned with the South Node of the Moon, aka the Tail of the Dragon.

In about 7 days time (on April, 12) the Sun will make an exact square to both North and South lunar nodes.

Next day on April, 13 the Sun will also conjunct with Eris that has also recently squared with the lunar nodes.

On April, 10 the lucky planet Jupiter will turn retrograde.

What could it all mean?

Pluto is the planet of karma and transformation sitting on the Dragon’s Tail may indicate the time when the debts need to be repaid, it’s an opportunity to clean up the past and thus open up the future prospects. It’s the time of astrological spring clean.

The Sun – Moon square stands for a conflict of interests that requires an active resolution. The Sun wants fire, the Moon wants some cooling comfort. Those two polarities tend to confuse our decision making processes making us want all at once… but we have to realise that it’s highly likely not possible. We have to choose and stick to one most important direction that will ensure our safer passage through the time of Pluto alignment with the lunar nodes.

Eris carries feminine aspects of the Pluto energies and is likely to provoke some deeper hidden tensions in partnerships. It’s when some things get out of sync and it’s hard to pinpoint exactly why. An honest and intelligent approach will be a wise direction during this time.

Having Jupiter retrograde is not that bad at all! The planet of expansion has an undeniable tendency to get out of control and the situation will become unsustainable. Too much spending, too many plans. Retrograde movement of Jupiter may help to bring needed sobriety and healthy judgement so much needed before rushing into action.

The previous issue discussed The Sidereal Zodiac in astrology, its strengths and weaknesses.

The one before looked into the the timeline of Saturn – Pluto conjunction of years 2019–2020–2021 and its karmic meaning.

Saturn – Pluto conjunction is slowing down and is currently at 3.0º orb as both Saturn and Pluto are preparing for a nearly mutual retrograde in 5 weeks while still approaching their exact conjunction on Jan 13, 2020. Read the story about this event that happens once in about 38 years and its possible repercussions.