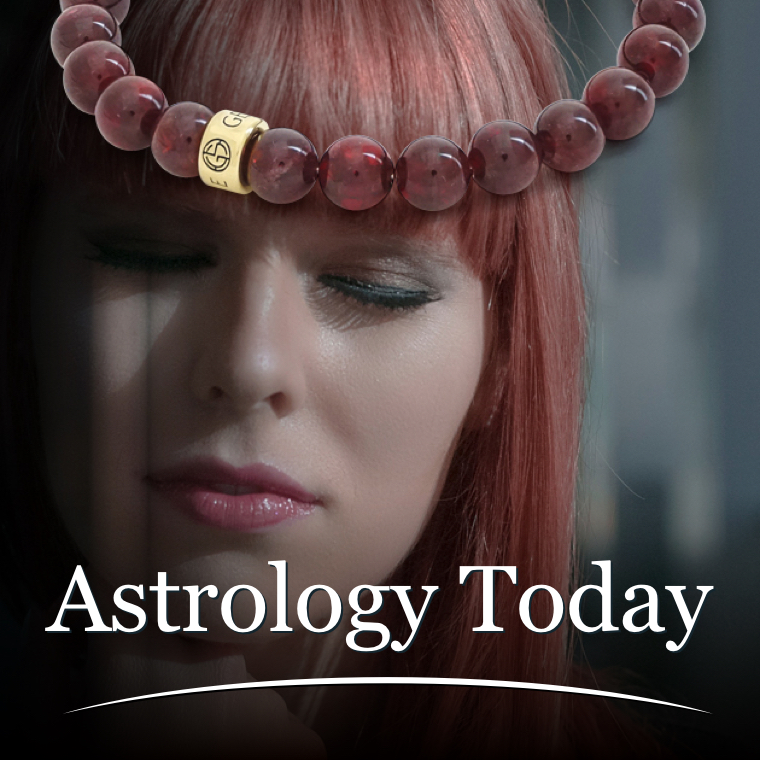 Welcome to the new era • Intentions and Gemstones… read the newsletter

Will 2019 be the year of Saturn-Pluto conjunction? 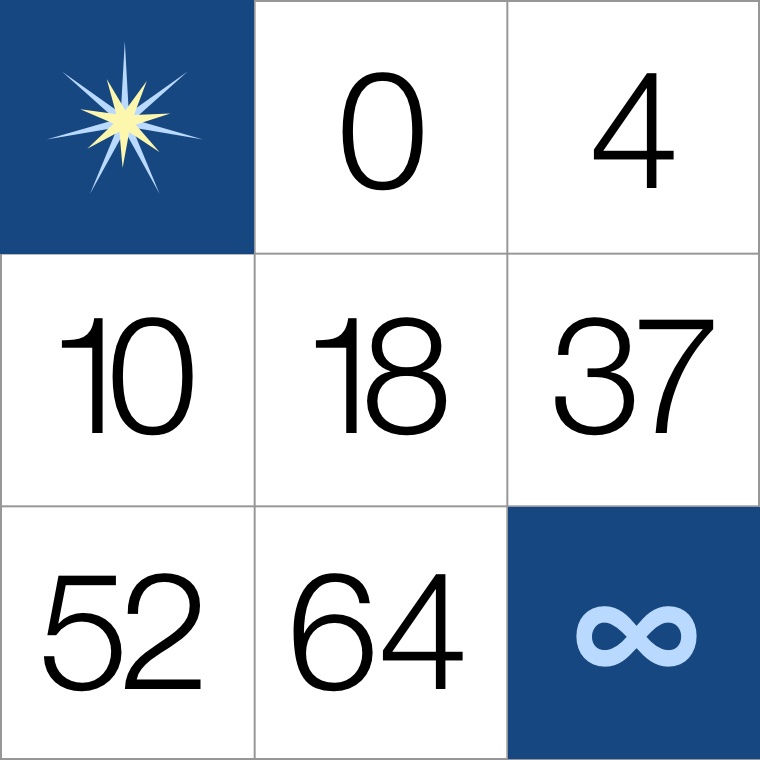 Just like the Zodiac signs, your current age is said to have its ruling planet. And this is actually very helpful — the knowing of what planetary period you’re currently in brings a good degree of clarity and a purpose too!

Just like the signs of the Zodiac, your current age is said to have its ruling planet. And this is actually very helpful — the knowing of what planetary period you’re currently in brings a good degree of clarity and a purpose too!

All the world’s a stage,
And all the men and women merely players;
They have their exits and their entrances,
And one man in his time plays many parts,
His acts being seven ages.

Mr Shakespeare wrote this amazingly humorous verse that is somewhat close to the actual planetary periods of human life, but not exactly, he missed the Sun! We will refer to it here purely for the entertainment purposes.

The interesting fact is that the number seven can be equally applied to the notion of time in the context of the universe just as well as for individual human life.

Back to the seven planetary spheres

The seven planetary spheres is a universal concept, and as many principles of the macrocosm the planetary spheres can be also found in the human microcosm, meaning life of each individual human that starts from the moment of birth. The idea that your life is but a reflection of the celestial order has been with us since ancient times. “As above so below,” has been said and written so many times!

The alchemical transformation and the Emerald Tablet

The Emerald Tablet of Hermes Trismegistus is said to have laid the foundations of the alchemical discipline, it is perhaps the most ancient alchemical document that have survived.

These two lines describe an endless cycle of perfection of each human soul through the succession of its incarnations on the Earth.

With each journey the soul is supposedly becomes more mature, wiser and more advanced — that’s from the cosmic perspective, of course.

In the vicinity of the Earth, each ascending and descending journey goes through the seven planetary spheres. Each descend, or incarnation, first travels through the sphere of Saturn, then Jupiter, Mars, the Sun, Venus, Mercury and the Moon — before the eventual “touch down” on the material plane of the planet Earth.

Each ascending journey starts with a travel through the closest sphere of the Moon, followed by the other spheres in a reverse order. 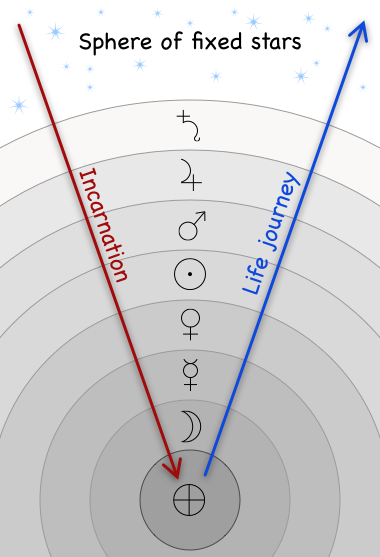 Unfoldment of a human life follows the reverse order of planetary spheres as illustrated above: it begins on earth with the sphere of the Moon and gradually works its way back up culminating in the sphere of Saturn:

The classical order of planetary spheres starts with Saturn:

The two opposing orders of planetary spheres perfectly illustrate the dialectic of the incarnation and ascension processes that every human goes through.

Once somebody is born on the Earth, their life timer is immediately engaged. The life in itself is a reflection of a process of an individual flourishing and ascension. The process of self-development with the goal to be better, to do better than ever before.

At first, the infant,
Mewling and puking in the nurse’s arms.

The period of infancy. Watery and sensitive. Motherly influence shaping the future person. Formation of human psyche as a receptacle that takes impressions from the outside world and digests them. Tactile exploration of the immediate surroundings. Learning to move, feeling the world.

Then the whining schoolboy, with his satchel
And shining morning face, creeping like snail
Unwillingly to school.

Learning through communication and interaction with others. Exploring the closest neighbourhood, making friends. Beginning of the systematic process of learning, the school years.

And then the lover,
Sighing like furnace, with a woeful ballad
Made to his mistress’ eyebrow.

Period of organic blossoming. Puberty and emergence of sexuality. “The gods are always 16” as the epitome to the idea of the spring that lasts forever. The first passion and the first broken heart. Dreams and ideals. Going wild, being at the top of the world. Romeo and Juliet.

Independence, expansion into the world, leaving own mark, making kids and establishing a household. Making mistakes, getting bruised. Becoming a professional, forming own identity. Establishing yourself as a functional entity. Building a career. Expanding your presence.

Emboldened by the experiences and know-how accumulated during the previous period, it’s certainly a time to expand your territory. Mars period can make one climb up a career ladder, establish oneself in the world, claim own piece of turf, become an entrepreneur. Direction and action, awakening the inner predator.

Time for reflection and wisdom. Know-how turned knowledge and deep observation. Summarising experiences, hard earned real-life philosophy. Stability based on knowing who you are not, and therefore who you are. Peace. 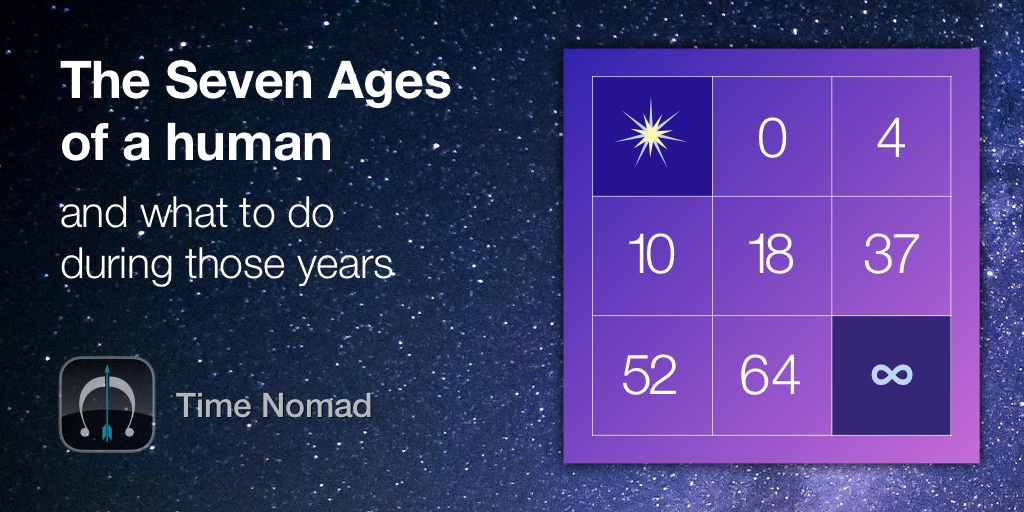 Each period brings something to focus on

The ideas above are not very likely to have any significance for those of us who are younger than 18. But at other ages there is an emerging question of what am I supposed to do right now, what is the meaning of current time period? Why have my values and desires recently changed? Perhaps another period has begun.

The wheel of planetary periods can be one of ways to explain this. And to get an idea on what to focus next to be in sync with time.

This is very interesting. Gives me lots of points to ponder!

The Black Moon, also popularised as Lilith, points at mysterious, remote and hidden parts of human psyche that belong to the domain of unconscious, the Jungian “shadow”. This doesn’t mean that those personal traits lie dormant, quite the opposite, the Black Moon holds the keys to our alter ego that is always active behind the scenes.

While every planet goes retrograde, it’s Mercury that captures our attention the most. Periods of Mercury retrograde movement are known to coincide with disruptions in communications — both human and technological connections tend to go haywire in a predictably unexpected manner. What makes Mercury retrogrades so special?

Traditionally the lunar nodes, aka Dragon’s Head and Tail, are perceived as the indicators of forces behind the unfoldment of personal fate and destiny. Their mysterious nature and relationship with eclipses was known since ancient times yet astrologers repeatedly changed their attitudes toward the nodes’ significance and interpretation.

Will 2019 be the year of Saturn-Pluto conjunction?

The upcoming Saturn-Pluto conjunction is a rare and significant event. Starting at around Christmas of 2018, the conjunction will unfold itself throughout the year of 2019, culminating on January 12, 2020. Could it act as broad “Saturn return” for our economical and political system? 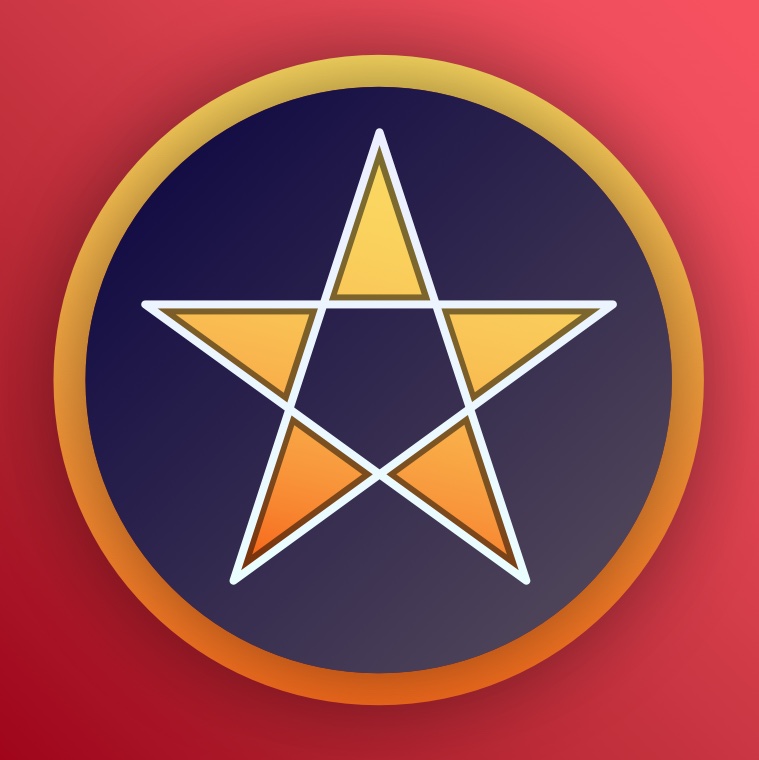 Minor astrological aspects and the domain of magic

Minor astrological aspects are responsible for the “magical” chapter of an astrological chart. Their interpretations aren’t as fixed as those of major aspects but nevertheless — under certain circumstances — minor aspects may signify profound influences of strong astral energies. 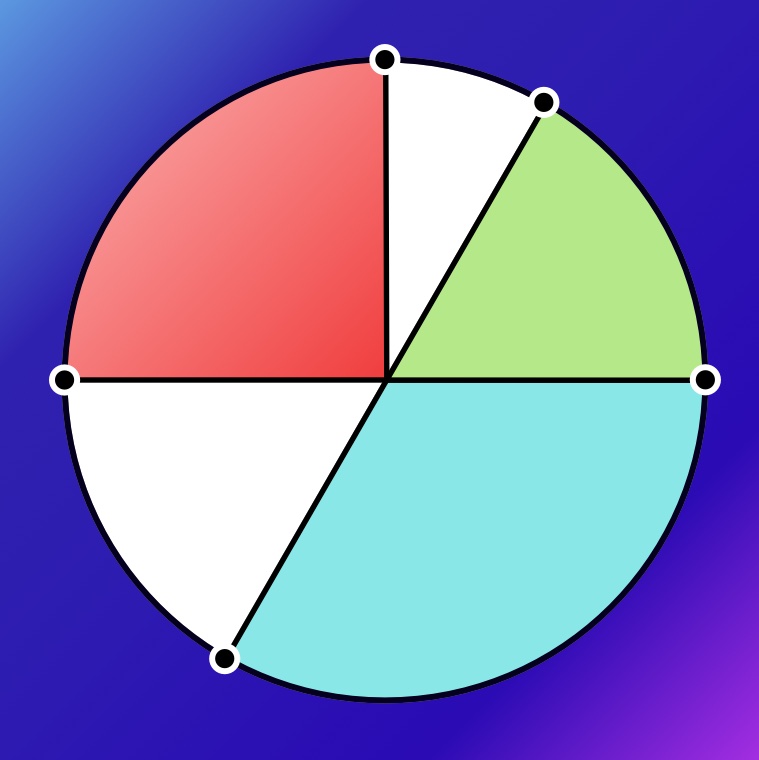 Aspects that the bodies of an astrological chart form between themselves provide a rich underlying framework for natal chart interpretations. The power of aspects comes directly from the domain of sacred geometry, a universal set of principles that connects us with structure of the Universe.