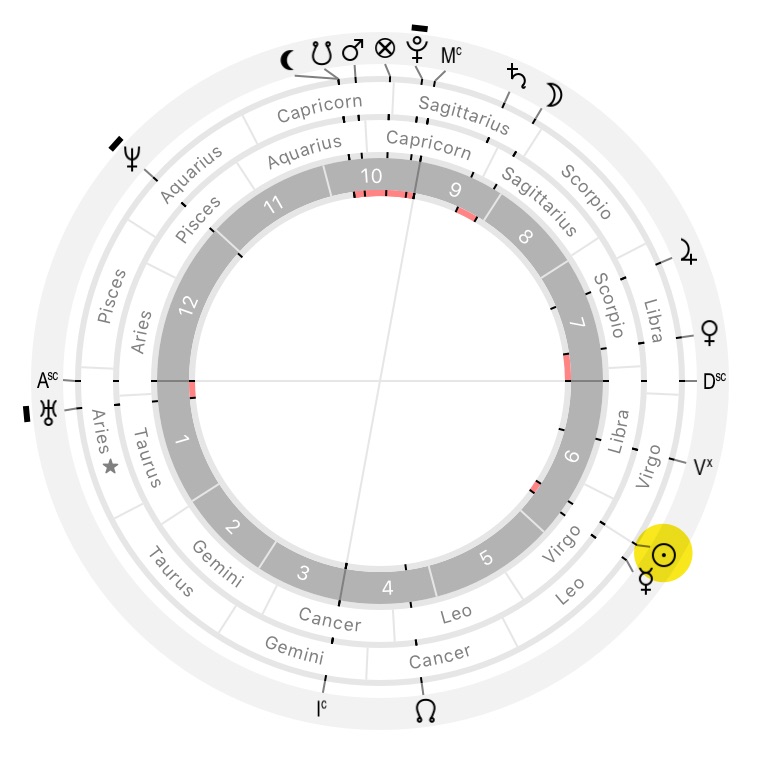 Around the 17th of September the Sun is going to cross the imaginary zodiac cusp — leaving the constellation of Leo and ingressing into the constellation of Virgo. And that isn’t our usual tropical zodiac much preferred by the majority of Western astrologers, it’s the sidereal one. Why should one care?

Historical review of the origins of the zodiac systems

A small excursion into the astrological and astronomical history and theory. The tropical zodiac rests on the correspondence between the seasons of the Earth and the twelve celestial sectors known as the ‘zodiac’ meaning ‘the circle of small animals’ in Greek.

For example, in the northern hemisphere, the sign of Leo coincides with the summer in full swing and the radiance of the sun is pouring into growing fields of crops, the sign of Virgo is the time to harvest ripened crops and fruit.

The constellations and the seasons were well aligned some 2,000 years ago. The symbolism of the zodiacal interpretations rests solidly on those seasonal traits.

Yet nothing is forever fixed in this ever spinning universe. The precession of equinoxes moves the zodiac wheel around at the rate of about 1° per 72 years. By the 21st century the constellations and the seasons drifted apart by about 24° (approximately 24 days) — the misalignment is getting closer to the size of the whole sector, or one month.

In Time Nomad you can see the value of precession if you tap on the date at the top of the screen to bring up the numerical chart details, traditionally it’s called ‘ayanamsa’ — the term borrowed from the Hindu astrology with the approximate meaning of ‘movement of units’ where the units are namely degrees.

Hence the two ways to slice the sky into sectors along the ecliptic. The tropical system starts from the vernal equinox and completely disregards current positions of fixed stars and constellations. On the other hand, the sidereal system disregards the seasons and is based on current positions of the fixed stars. By the way, word sidereal comes from Latin word ‘sidus’ for star and means ‘relative to the stars’.

The tropical and sidereal zodiac systems in practice

There have been lots of arguing between tropical and sidereal schools of astrology. Western astrology predominantly uses the tropical zodiac. Hindu astrology is based on the sidereal zodiac. Both schools produce solid results in their own right. This makes one think that there could be valid use cases for each zodiacal system. Both systems are based on geometry and thus can be seen as valid measurement systems of the celestial sphere.

Both tropical and sidereal divisions can be used for different situations. Some personal traits are certainly linked to the seasonal influences — the tropical view gives a good framework of reference. Planetary transits through the constellations are better seen through the sidereal point of view — the planets don’t really belong to the seasonal rhythm of the planet Earth, they belong to the domain of the stars. And, of course, there are always exceptions to any rule, that’s astrology after all!

What is the future of the zodiac?

Progressing forward in time, the tropical-sidereal mismatch could be seen as a metaphor for the human consciousness gradually moving away from mother Earth to the domain of the solar system and its starry neighbourhood. There is little doubt that a lot is going to change once the humanity makes its unavoidable move to the space and we will become interplanetary species.

There will be no usual seasons and some new reference points are likely to be introduced — since the vernal equinox is ‘hardwired’ into the Sun-Earth relationship — yet the zodiac constellations will remain as fixed reference points in the ‘sky’ for reasonably long time.

Due to the physics and economics of space flight the majority of human activity is more likely to take place around the ecliptic plane. The constellation-based zodiac may become a predominant system for astrological measurements and interpretations.

The future is fascinating and keen astrologers can investigate both zodiacal systems side by side. Time Nomad has been designed to make it easy to work with both systems at once.