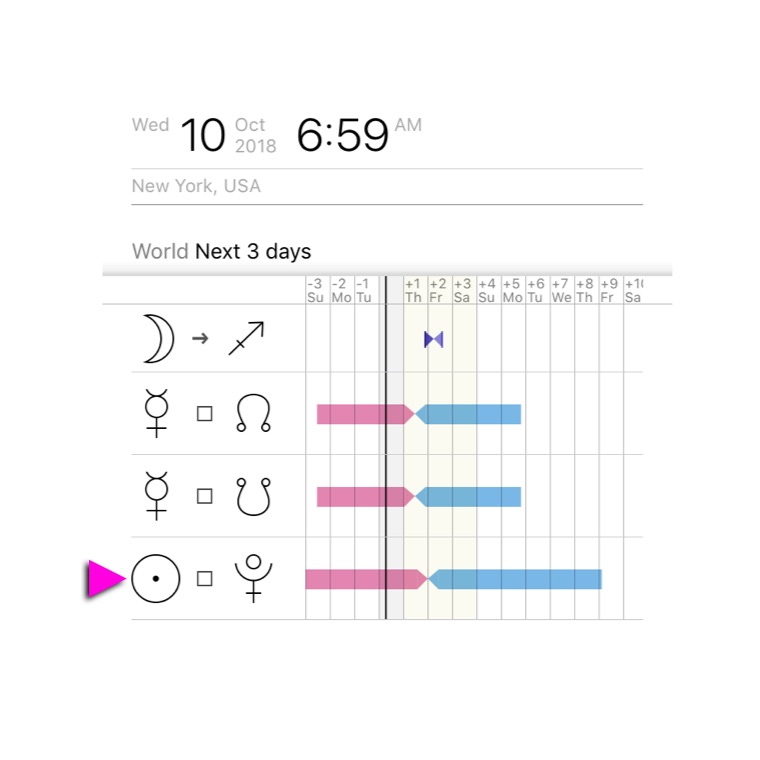 Looking at the calamities of the second week of October and why this time they actually make a lot of astrological sense.

Astrology can often be a flimsy predictor from the statistical perspective, it’s easy to blame for the bias and intense imagination. Yet the events of the last few days were surprisingly aligned with the current celestial dynamics.

Looking at the eventful week of 7-13 October 2018 from the astrological perspective, one can’t stop noticing how a few major events clustered themselves around Wednesday and Thursday, the 10-11th of October:

That’s just the most notorious events of the week. There are more others, plus a lot of personal dramas and breakdowns that appeared suddenly as if out of nowhere.

It can’t all be Venus retrograde, can it?

While some people commented that this Venus retrograde feels like Mercury retrograde, it could be that the factor of suddenness and intensity made us classify the events this way.

Venus retrograde is certainly a contributing factor. But there are much bigger elephants in the backyard! The chart looks intense enough but it’s been like this for half a year already. The grand square that we seem to have gotten accustomed to. 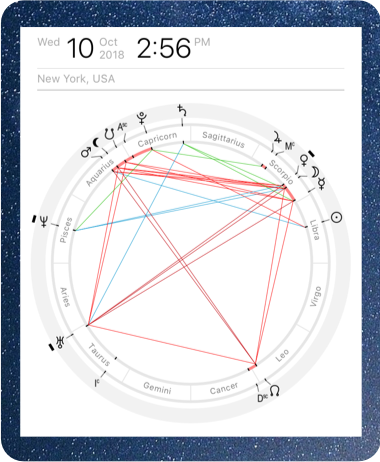 Astrology can be fascinating with its long-term trends when things develop slowly and steady over long periods. The opposite side of astrology is presented by timed events. And there were a few of them that week.

Mercury – Uranus opposition and Venus – Mars square aspects became exact on Wednesday within about 8 hours from each other.

They were followed by an exact Sun – Pluto square, in merely 12 hours adding a serious punch to already unstable configuration.

If we stop and think, that’s actually a lot for a single 24 hour period! It’s not that often that a few major aspects coincide with such precision.

And this is where Time Nomad really helps. Using the world events view one can spot those precarious moments and plan in advance. Even when one must take a hit, it’s still much better to be prepared and stay away from extreme behaviour and risk taking. Just because the time is not right, the wise ones duck down. 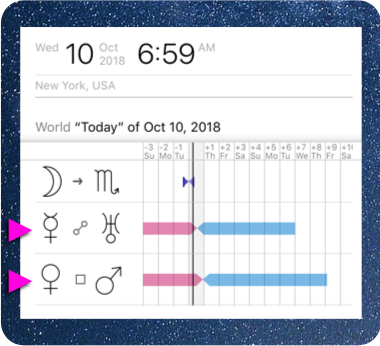 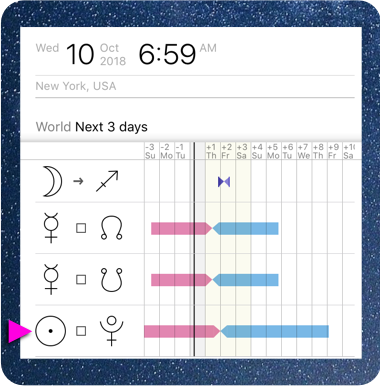 Balance is Zen and it really helps the situation when the balancing force is available. Alas, Venus was in retrograde and its energy just wasn’t there to smoothen the impaction. The counteracting principle was in decline and the fire became excessive and got out of control.

Uranus is clearly outstanding at anything that is sudden and electric. Being a higher octave of Mercury, Uranus brings surprises when we are ready the least. It catches us unaware. There are certain similarities with Mercury retrograde. While Mercury often manifests as a bug in the system, Uranus exposes the buggy system and pushes for innovative resolution or even a revolution.

Sun – Pluto square is a significant and hard aspect. Pluto impulses brew for long time, they are often earthquake-like invisible until the very last moment. Sometimes they signify the dues that we have to pay as the consequence of a long-term misbalance and neglect. Other times it’s a forceful correctional impulse projecting the human society into the next chapter of history.

Anything Pluto-related is technically unavoidable and emotionally painful. It’s like growing up in one day instead of ten years.

Back to the Soyuz rocket failure. It’s actually a fascinating event and we are all very happy that everybody is alive.

It’s obvious that the space industry doesn’t consider the astrological forecast. Yet it is still haunting how poor was the choice of the time window for the Soyuz rocket launch. The probability of the mission failure has been skyrocketed simply by choosing such a combustible moment.

We can only wish that the rocket launch folks would consult the charts before experimenting with explosive equipment. It wouldn’t be a surprise if the Chinese are more sensitive to this matter.

Prediction is often a form of precaution. Look out for the moments of exact aspects, especially when several of them happen within a tight time window.

Use Time Nomad’s “World Events” and scan the timeline for a few weeks in advance. It’s simple, quick and helps to expect the unexpected.

This can of lessons are really useful 👍

I wish time nomad has automatic function, when to take action and when to duck down. A simple calendar.

There is one – “World Events” and “Summary” that is a simple calendar. Yet it doesn’t tell what to do. It’s up to the individual to interpret and decide for themselves. It’s not obvious as to what effects in what areas a certain configuration will have. Learning to recognise patterns and apply that to one’s daily awareness is a more powerful approach compared to relying on fixed advice.

Today is a good example. Full Moon pretty much coincides with the Sun exact square with the Nodes. This can manifest at many levels, both personal and global. Personal levels can range from “peak of personal achievement paving the road forward” to “watch overexcitement as it may lead to future downfall”, and that would depend on numerous other factors in the person’s natal chart and current transits.

For the fun fact, the stocks today seemed to react negatively to this event. Just like they did exactly two weeks ago. Emotional blow up?

Reply to thread started by Superman

I love this app. However, I am clueless as to what I’m reading. It’s a bit overwhelming for me who is not astrology savvy. I love the Vedic accuracies. How can I learn more about what I’m reading in the app.

Nobody is perfect at astrology and you can absolutely learn it, just give it some time and don’t rush or worry about not getting something. It’s a discipline that sinks into you with time, can’t force it. Get a book that teaches the basics or join some course. You’ll be surprised in year or so.

Thanks so much. I will get a book. I’ve done some correlation to YouTube videos and this app is spot on with some general readings I follow. Thanks for the app.