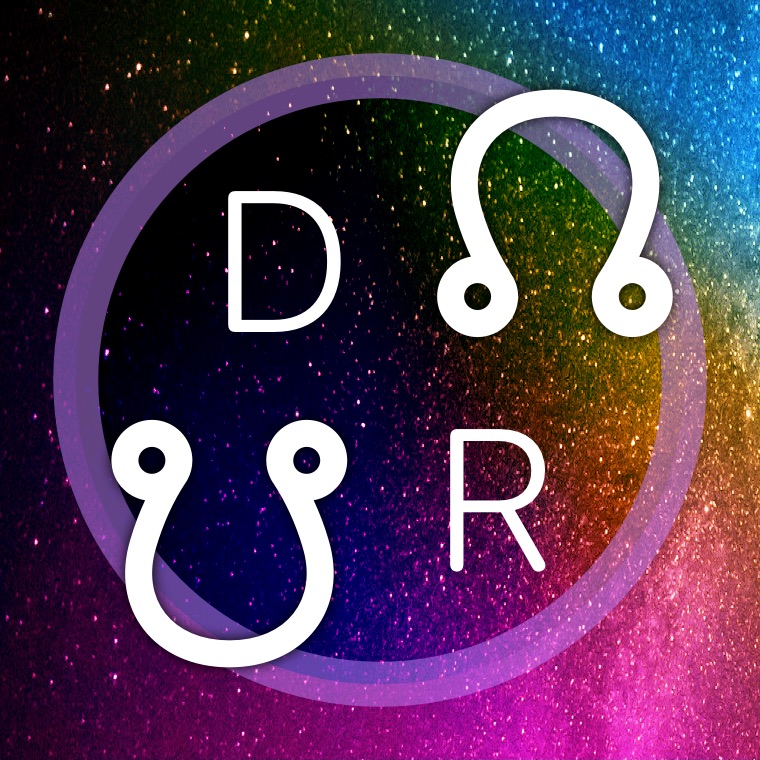 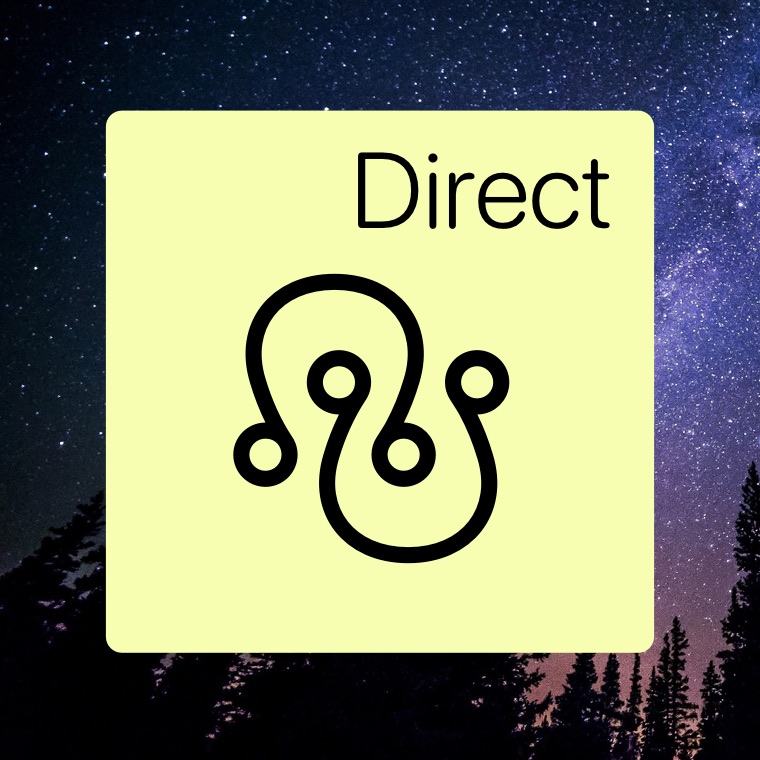 The true nodes of the Moon naturally travel in a retrograde (clockwise) direction along the Zodiac. At times the nodes change their movement from retrograde to direct. Each month usually sees at least one direct phase of the lunar nodes.

Timeline of the nodes

The Moon Nodes Direction component shows a past-now-future timeline of the Moon nodes movement through several months that are adjacent to the current month. 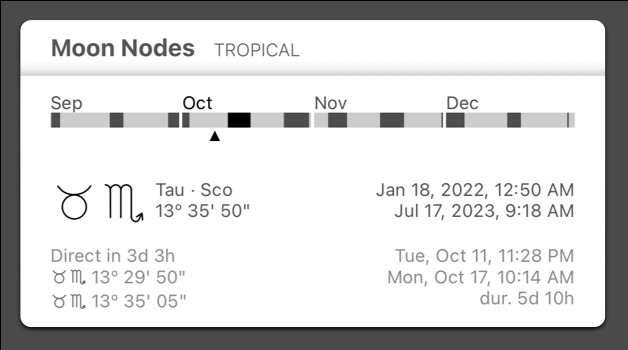 The app allows to work with both tropical and sidereal Zodiac systems, use the “Show” menu to configure. 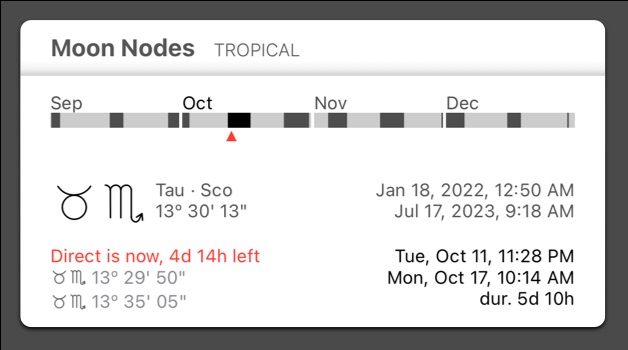 The timeline illustrates several adjacent months and the Moon nodes within the current movement phase, either retrograde or direct. Periods of direct movement represented by highlighted segments of the timeline. 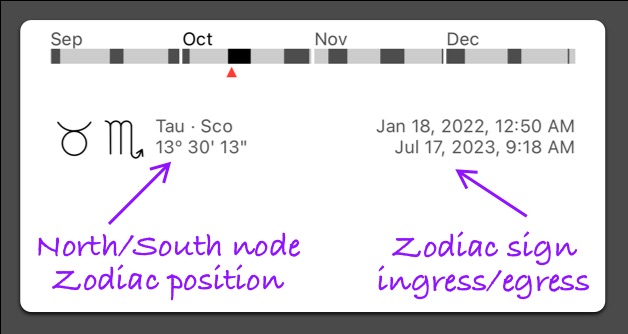 Below the timeline is the current position of the nodes within the Zodiac as well as ingress and egress moments for that pair of signs. The first Zodiac sign corresponds the North Node, the second is for the South Node that is always 180º (or 6 signs apart) from the North Node. 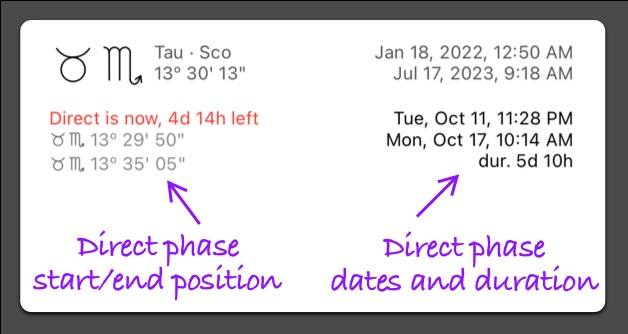 The nodes travel slowly and take about 1.5 years to traverse each sign. The timeline visually indicates the moment when the nodes are about to move to another sign. Only the North Node sign is being displayed.

Information about current or upcoming direct phase of the nodes contains the date range and duration as well as the Zodiac positions of the nodes at the beginning and the end of direct phase.

Tap on the component to get a detailed listing of all events of the timeline – including the dates and the Zodiac positions of the nodes at the beginning of each retrograde or direct phase. 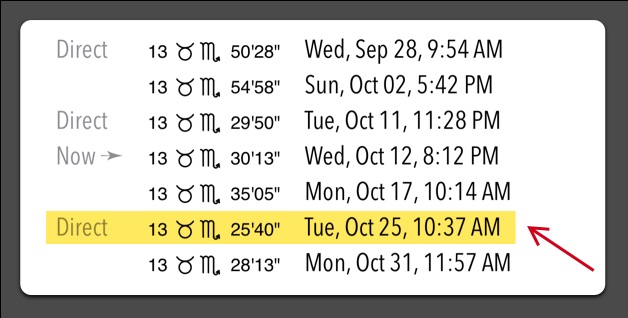 As the nodes naturally move in a retrograde direction, only direct phases are spelled out.

Notice the “Chart” button at the bottom left. That is the gateway to a quick chart preview as explained below.

Charts of the events

Long-tap on the component (or tap and then tap on “Chart”) to bring up the Chart Event Explorer component that allows to quickly preview charts that correspond to each phase start. 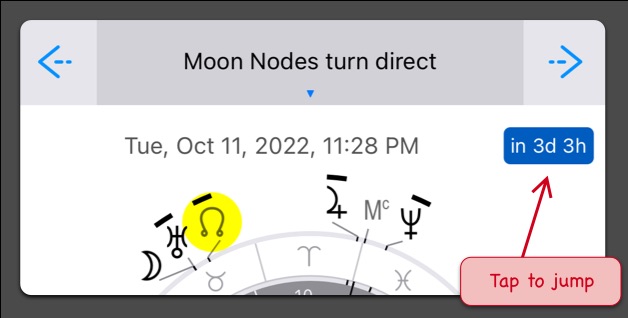 Tap on the date offset to quickly move the app to that specific time to explore the event in greater detail.

Direct phase of the nodes in other reports

The nodes movement information is smoothly integrated into the variety of astrological reports:

Alternating retrograde and direct movement of the Moon Nodes reveals polarity of the flow of time. Read the article…